Home > Food News > What Is a King Cake? Know the History of Mardi Gras Cake 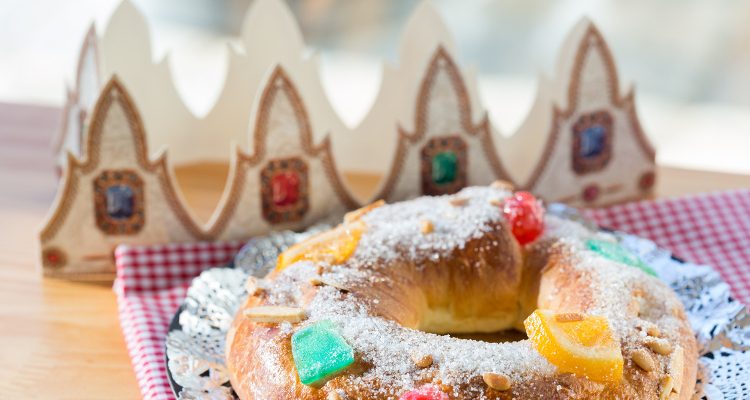 King cake is a traditional Epiphany dessert, which is also happens to be a part of Mardi Gras celebrations. It is a cross between a coffee cake and a French pastry. Its history is as rich as its flavor. King cake is usually eaten on Twelfth Night after Christmas—also known as Epiphany in the Christian calendar. However, they are a common sight throughout carnival season, until Mardi Gras or Fat Tuesday.

In European countries, Epiphany is celebrated to mark the auspicious occasion when Jesus met the three wise kings in Bethlehem. This religious anniversary falls on January 6 every year (twelve days after Christmas). Hence, Epiphany is also synonymous with “Little Christmas.” It is an important festival in many Christian countries and is celebrated with grand feasting and the exchanging of gifts.

People of Christian faith celebrate the day with a popular custom of baking and eating “king cake”—a sweet, circular pastry, cake, or bread in honor of the three kings. A tiny plastic doll representing baby Jesus is stuffed inside the cake. Whoever finds the doll is said to enjoy good luck throughout the year. Traditionally, the victor must either buy the next king cake, or throw the next party.

Initially, it was a simple ring of dough with minimal decoration. But with time, the cake’s design evolved into a fancy ring cake with more colorful garnishes like cream cheese and fruit fillings and typically made with brioche dough. The dough is braided and laced with cinnamon and then glazed with purple, green, and gold sugar—or covered in icing in those same Mardi Gras colors.

The three Mardi Gras colors are purple, green, and gold. These three colors are associated with royalty, and each of them bears a royal virtue or quality. Purple stands for justice, green stands for faith, and gold stands for power.