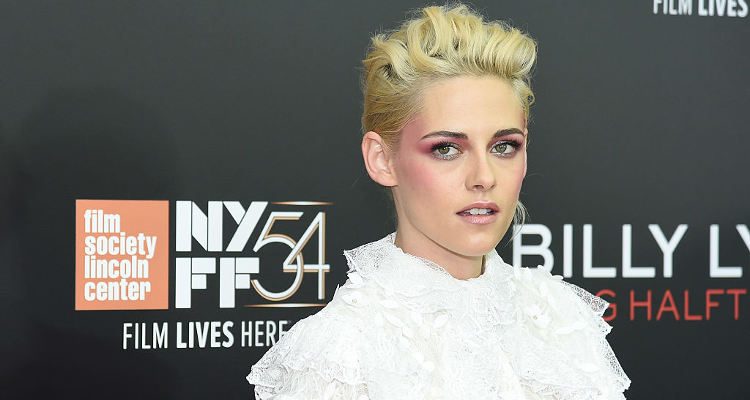 Have you seen Kristin Stewart in the new Rolling Stones music video? If you haven’t, then go do it now—the actress looks incredible and pretty badass. Rumor has it that her ex-boyfriend Robert Pattinson, who starred with her in the Twilight Saga, is “proud.” Both are huge fans of the Stones, but unfortunately Pattinsons’ current partner FKA Twigs may have a problem with this.

As many know, he had a hard time getting over Stewart when the two parted ways, but some suggest that he may still have feelings for her. Whether this is true or not is up for debate; however, what can’t be denied is how amazing Kristin Stewart looks in the video. Here is a look into her diet and workout regimen.

Kristin Stewart is known for having a lean and slender frame, and she maintains it by making time to exercise at the gym regularly. She was never one for the gym until she began filming for Snow White and the Huntsman in 2012. That is around the time she began to put energy into her body transformation.

The grueling exercises she endured for the movie put her in a lot of pain, and she shared this in an interview with BBC. According to Stewart, preparing for the film “destroyed” her physically, leaving her almost immobile by the end of her workouts. She also admits that she had never challenged herself as much as she did then.

We all remember Stewart in The Twilight Saga, but she also had to work out really hard for her role in On the Road, which she appeared nude in. To keep her body in great shape, she did a lot of running (cardio) and Pilates. She also hired a personal trainer to help her prep for the movie.

Together they did resistance exercises with free weights, squats, and push-ups regularly. Stewart also took up Bikram yoga to assist in strengthening and leaning out her frame. Yoga is a great way to increase flexibility, balance, and coordination. Bikram yoga specifically was developed by Bikram Choudhury, and became popular in the 1970s. It is performed in a hot room and is one of the most popular forms of yoga.

The Kristin Stewart diet plan involves sticking with a low-calorie diet. She focuses on consuming high protein foods and low calories. One of her favorite dishes is a Mexican meal called Chili Verde, which contains pork, tomatillos, and jalapeños. Although it is not a regular part of her diet, she likes to bake pies for her friends and sometimes eat them too.

Kristin has also admitted that when preparing for her roles, she sometimes likes to avoid unhealthy habits like consuming alcohol and smoking cigarettes. She also tends to tweak her diet to include less fat by reducing the amount of butter and other fats.

Check out the Rolling Stones video for “Ride ‘Em On Down” featuring Kristin Stewart on YouTube.