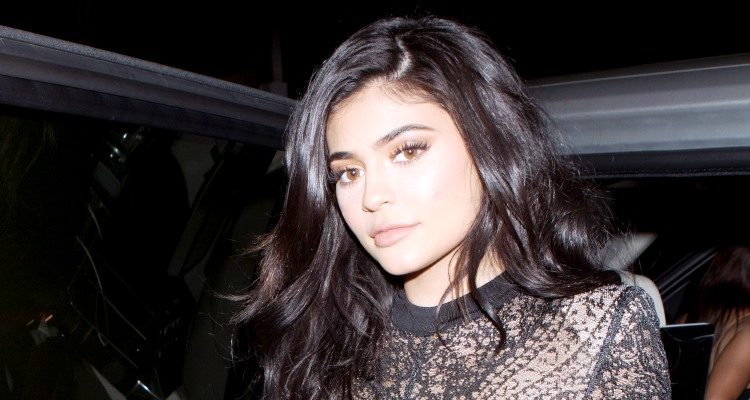 Kylie Jenner has been talking about her 16-pound weight gain in the media over the past few months and is not at all that concerned about it. She told The Sun in October “You know, I used to be 120 [lbs.]. I was really skinny. Now I’m pushing like 136. But it’s alright, I like the chunkiness.” Jenner has maintained the extra weight and it doesn’t seem to bother the youngest Kardashian-Jenner clan member. Her attitude is refreshing in a world that goes mad when a woman gains a few pounds, so props to her for enjoying her womanly curves. Kylie Jenner’s diet seems to be all over the map, but she definitely doesn’t stay away from carbs.

And those curves are now being dressed by a new team member. A few months ago, Kylie Jenner hired a new personal stylist, Jill Jacobs. Jenner said on her own website that she has really upped her style game over the past few months thanks to her new stylist, who Jenner says always pulls the coolest items for her to wear.

In a new blog post called “My Sisters’ Diets Are Cray,” Khloé Kardashian shares each of her sister’s eating habits. She writes that they all have such different habits. Of Kylie Jenner, she says that Kylie eats like a typical teenager but “is also super aware of what she puts in her body when it comes to fresh and organic foods. It’s all about that moderation, boo!” Kylie Jenner has a sponsorship with Burger King and probably indulges in fast foods as cheat meals on occasion, but overall, the teenager knows how to eat and how to indulge. She’s got the balancing act down pretty well for someone so young.

Sister Khloé Kardashian has lost a lot of weight over the past year and has become an inspiration of sorts for Kylie Jenner to eat better and exercise more. In 2014, Jenner went on record saying she was a teenager and ate what she wanted and didn’t exercise, but since her recent weight gain, the youngest sister has decided to take a closer look at her lifestyle habits.

In an interview with E News, Kylie Jenner revealed that part of her weight gain was due to a reaction she was having to dairy. A nutritionist she was seeing helped her uncover that bit of information.

“I also started going to this nutritionist because I was having a bad reaction to dairy. I feel like it made me gain a lot of weight. I’ve now cut out dairy, and it’s helping me get back in shape. Every time I get hungry for a snack during the day, I like to have Justin’s Almond Butter packets. It’s easy.”

Kylie Jenner is young, yet she seems to have a handle on how to eat right and exercise while balancing her desire to indulge in tasty foods. On Snapchat, she recently showcased some of the high fat foods she loves to eat by posting pics of her high calorie and carb loaded meal she prepped for herself: homemade mac n cheese with a side baked potato dripping with butter.

Hill, R., “I HAVEN’T HAD (ANY MORE) SURGERY! Kylie Jenner claims her bigger boobs and bum are due to weight gain – NOT implants,” The Sun web site, October 15, 2016; https://www.thesun.co.uk/tvandshowbiz/1982244/kylie-jenner-claims-her-bigger-boobs-and-bum-are-due-to-weight-gain-not-implants/, last accessed December 29, 2016.