Home > Food News > Lead in Your Chocolate: Do We Need to Worry? 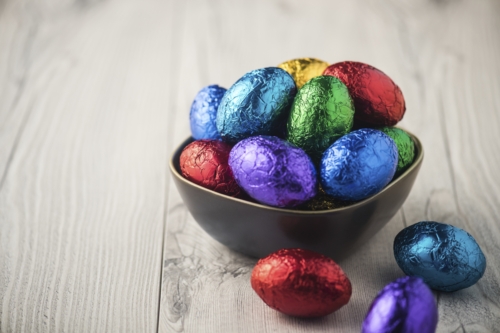 Just as millions of people were getting ready to enjoy the Easter long weekend, the consumer health watchdog As You Sow released findings on levels of lead and cadmium in chocolate products.

Specifically, the watchdog’s testing has shown that numerous chocolate products sold in California (35 of 50 tested) had levels of lead and cadmium higher than those set by the state’s Safe Drinking Water and Toxic Enforcement Act, also known as “Proposition 65.”

As You Sow has filed notices against the relevant chocolate manufacturers, including Trader Joe’s, The Hershey Company, Whole Foods, Godiva, and Mars.

The CDC’s stance requires a little more elaboration. Although the CDC doesn’t consider lead to be a good thing in any amount, we all have some amount of lead in our bodies so the CDC focuses more on making sure children don’t have lead levels that suggest an unusually strong source.

Assuming the testing methods As You Sow used are verified, it appears that certain chocolate products have lead and/or cadmium levels above those preferred by the state of California. If the results are confirmed, then the affected companies will need to make labeling changes.

However, consumers don’t necessarily need to be overly concerned even if these results do prove to be true. There is no known or established risk to consumer health from the examined chocolates.

There are two key points to remember when examining As You Sow’s findings. The first is that the dose makes the poison. Almost anything can kill you in a large enough amount and even things like lead or cadmium can be harmless if exposure is below certain thresholds. The second is that the chocolate products were found only to exceed Proposition 65’s limits, not the FDA’s levels, which are backed by more research. The fact that certain chocolate products contain lead or cadmium in excess of California’s extremely strict law (while remaining well within the FDA’s researched safety standards) doesn’t translate into danger for consumers. This situation is, at its heart, a labeling issue, not a consumer safety one.