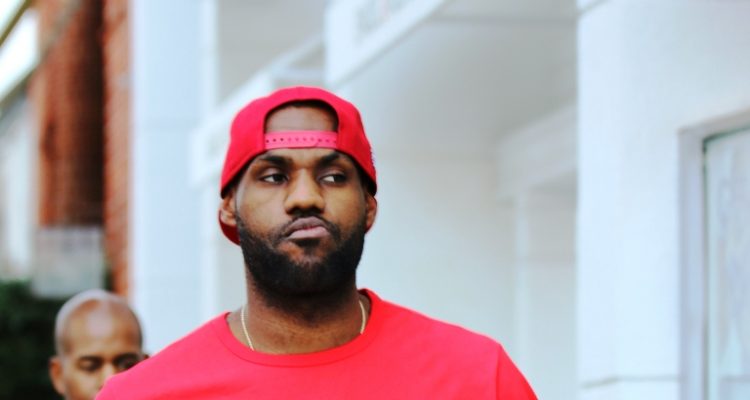 LeBron James may be a three-time NBA champion—and married to a super-hot furniture designer, one Savannah Brinson—but the 31-year-old forward still works hard to remain in optimal shape for his job (he even posts videos of his stair climber exercise!)

James has played with the Cleveland Cavaliers and the Miami Heat throughout his 13-year career, and won his latest championship with the Cavs in June. So it’s no-wonder the 12-time all-star follows a strict workout plan and healthy diet.

For one, James credits the elimination of pork from his diet as a major factor to his optimal health (he reportedly cut out pork seven years ago). He often sticks to other red meat sources, chicken, and fish.

“Oh, you can tell the difference,” explained LeBron James. “It’s in how I recover, the energy I have. It has helped a lot with my performance. Overall, I’ve just been feeling good.”

James may be on to something. One of the biggest concerns with eating pork is the parasitic infection trichinellosis or trichinosis. It can lead to a variety of symptoms such as nausea, vomiting, headaches, and diarrhea. Pigs are also primary carriers of the Taenia solium “pork” tapeworm, hepatitis E virus, Nipah virus, Menangle virus, and PRRS (porcine reproductive and respiratory syndrome).

What about the LeBron James workout routine? The two-time Olympic gold medalist focuses on boosting his energy and power. His workouts involve a mixture of low-level reps and body weight favorites like push-ups and pull-ups. James also spends a lot of time with a cardio routine to build his fitness and stamina levels.

The “LeBron James diet” (as I so aptly dub it) complements his workout plan quite well. James drinks a lot of water and eats a lot of carbs, such as rice and whole grain bagels. His diet plan also involves eating six smaller meals a day to keep his metabolism burning throughout the day. He also eats the right combination of carbohydrates, protein, vegetables, and fruits. Some of his food choices include strawberries, blackberries, broccoli, and lean roast beef. James also reportedly supplements with L-glutamine.

So if you want to be like LeBron James (hot wife Savannah Brinson not included) opt for a healthy, pork-free diet that complements your workout routine.