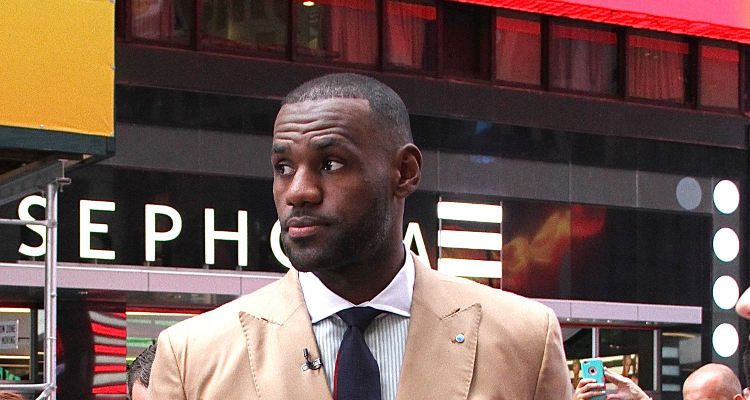 LeBron James is nicknamed King James for a reason. The 31-year-old NBA superstar is a three-time NBA champion, with arguably the most impressive comeback in league history.

James led his Cleveland Cavaliers to victory against the seemingly unbeatable Golden State Warriors, who had the best record in NBA history at 73-9. No team had ever come back from a 3-1 deficit to win the NBA Finals, but James helped fuel the charge, scoring his third Finals MVP in the process. You don’t have that kind of success without an impeccable diet and off-season fitness and workout plan. It turns out, you also have A-list workout buddies.

LeBron James recently uploaded a photo to Instagram that featured the power forward hanging out with big-time actor Mark Wahlberg at the gym on Sept. 4. The 45-year-old Wahlberg will also be featured in the upcoming film Deepwater Horizon. He has also starred in sports movies like the American football drama Invincible and as Micky Ward in the boxing bio flick, The Fighter.

James’ “Coming Soon!!” caption even hints that the pair may have some sort of future plans:

Whether in the off-season or the middle of a grueling NBA schedule, LeBron James always eats a healthy diet. Before competing against the league’s best players, James may have a chicken breast or some pasta.

James says the carbs in the pasta help because he needs the energy to play all those minutes on the court. The 12-time NBA All-Star has averaged 27.2 points and 39 minutes per game throughout his 13-year professional basketball career.

LeBron James also eats lots of vegetables, salads, and even protein shakes with some fruit before games. But he saves the pizza, pies, sandwiches, or french fries for post-game festivities.

Overall, James consumes a balanced combination of protein, carbohydrates, fruits, and vegetables. Some of his favorite choices include broccoli, blackberries, strawberries, and lean roast beef.

He also chooses to supplement with L-glutamine, which is an essential amino acid that helps with muscle growth, digestive, and athletic performance.

One menu item that James avoids entirely is pork. He credits the elimination of pork from his diet as a major contributor to his health. James has avoided pork for seven years, and instead, he consumes beef, fish, and chicken.

What types of exercise would LeBron James show Mark Wahlberg? The two-time Olympic gold medalist exercises about five days each week in the off-season, and seven days a week during the basketball season.

The LeBron James workout involves a mix of low-level reps that activate his muscles like push-ups and pull-ups. He will often throw in a few classes on top of his traditional gym workout.

Some of his favorite classes include a spinning, VersaClimber, or Pilates. Cardio exercises will help prepare James’ stamina and fitness levels for intense basketball games.