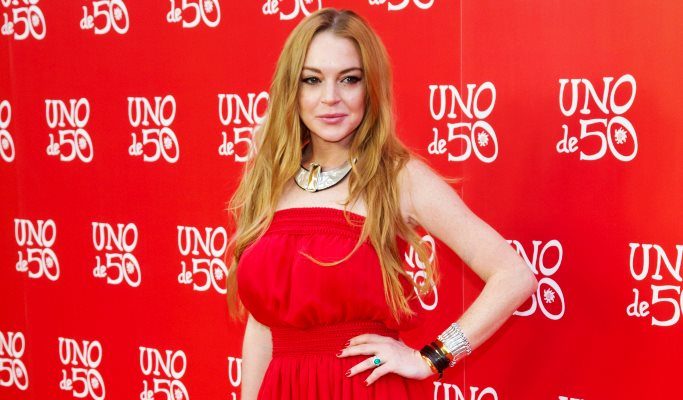 Aromatic Italian food with a dash of cheese and herbs can surely trigger your taste buds, don’t you think? We all love Italian food, and Lindsay Lohan is no exception! She recently took to Instagram to share a video of the risotto she was preparing for herself and her friends.

In the video, the risotto is coming to a boil and we can see her put some veggies in another pan to enjoy with it.

Lohan does flaunt a slim and lean figure, but enormous efforts behind it go unseen. Let’s take a look at her workout and diet plan.

Her exercise routine begins with a warm-up of jogging or normal walking for 10 to 15 minutes. She does a hamstring stretch which requires her to sit on the floor with palms on the ground and back straight. Bending at the waist, she leans forward and stays in that position for half a minute and repeats it five or six times. She then goes on to do a spinning workout to sweat it out.

Quad Stretch – Lie on the ground on either side, say left, with knees bent but kept together. Keeping the right leg in the same position, stretch the left leg and hold the right toe with the right hand. Stay in that position for half a minute and repeat it with the other leg.

Ball Leg Curls – Lying on your back, keep the exercise ball under the right leg. Support yourself by pressing your palms on the ground and raise your left leg. Roll the ball in and out towards your buttocks and then to the starting position. Repeat it the same way with other leg.

Kneeling Leg Extension – Kneel down on the mat and wrap the band around your left knee and right heel. Keep the back straight. Extend your right leg back slightly bending it. Return to the starting position. Repeat three sets 15 times.

Exercise Band Seated Leg Extension – Sitting on the edge of an exercise bench wrap a band around your right ankle, and place your left foot over the other end of the band. Extend your right foot up with a slight bend and return to the starting position. Repeat three sets 15 times.

Her breakfast includes two to three egg whites, a banana, and fresh vegetables. She loves to eat a protein-rich lunch of three slices of turkey, chicken or ham with tomatoes and lettuce. She avoids munching on unhealthy snacks and instead eats fresh fruits, such as apples and two to three hard boiled eggs.

Her dinner is also protein-packed which consists of a salmon fillet cooked with some olive oil and a cup of vegetables. She will eat a frozen fruit bar as a dessert.

In the past, Lindsey Lohan was known to be heavily into alcohol, smoking, and drugs which made her frail but has since quit such unhealthy habits. Seeing how great she looks these days, we can only hope she continues on the healthy path she now is on.