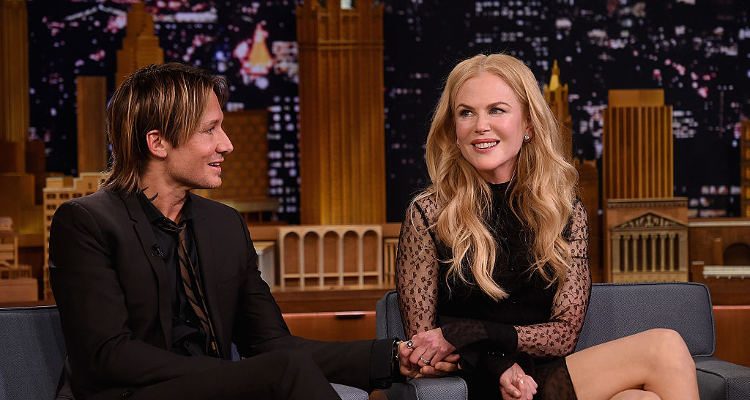 Lion movie star Nicole Kidman has aged gracefully, despite living through some emotional times. The 49-year-old has had two high-profile marriages. She had an 11-year marriage to actor Tom Cruise and has currently been married to singer Keith Urban for 10 years.

Nicole Kidman went through a lot of emotional stress after her 2001 divorce from Cruise. Kidman recalled getting a lot of support from director Baz Luhrmann, of the 2001 musical Moulin Rouge, in an episode of The Jess Cagle Interview. She revealed that Luhrmann’s advice and encouragement helped changed her perspective about having to be in the public eye during the emotional time.

In 2006, Kidman married Urban in Sydney, Australia. The couple has had a successful marriage with two daughters, Sunday Rose, 8, and Faith Margaret, 6.

Kidman is likely quite the influence when it comes to health and wellness as well. Let’s take a look at the actress’ healthy diet and exercise routine that has stunned audiences for many years.

Nicole Kidman has a very busy life, and therefore it can be a challenge for the blonde beauty to juggle her family responsibilities and keep a fit body. That being said, although she is not super strict with her diet, Kidman will generally consume a portion-controlled diet. Basically, she abides by moderation in her eating habits.

Instead of eating three square meals, Kidman is said to consume five to six small meals each day to help boost her metabolism and balance blood sugar levels.

Kidman reportedly follows the 80/20 rule of eating, where she will consume nutrient-dense, clean, and organic foods 80% of the time. The other 20% of the time she may indulge in some of her favorite junk foods like cakes, pasta, and pizza. She might also take a multi-vitamin each day.

How does Nicole Kidman stay fit? It turns out Kidman is a fan of all types of training and exercise. For instance, she enjoys running, practicing yoga and Pilates, cardio, strength training, swimming, and even riding her bike. To fit in family activities, she will even exercise with her family. Sometimes she will even go for a walk with her husband and the kids. Kidman is also a big fan of spinning classes.

Kidman comes from a family of marathon runners. While growing up, her dad once dragged her out of bed to run laps. Today, she loves running in the forests of Nashville and beaches of Sydney. Kidman also loves meditation, and has enjoyed the practice every day since the age of 17. She tries to do 20 minutes each day in the morning, and sometimes 20 minutes at night as well.

Kidman is set to star in the incredible true story Lion, which will hit theaters on Nov. 25. It is about an Indian boy that gets lost on the streets of Calcutta and is adopted by a couple in Australia. He then sets out to find his lost family 25 years later. Other major films roles for Kidman have included Days of Thunder (1990), Far and Away (1992), and Batman Forever (1995).