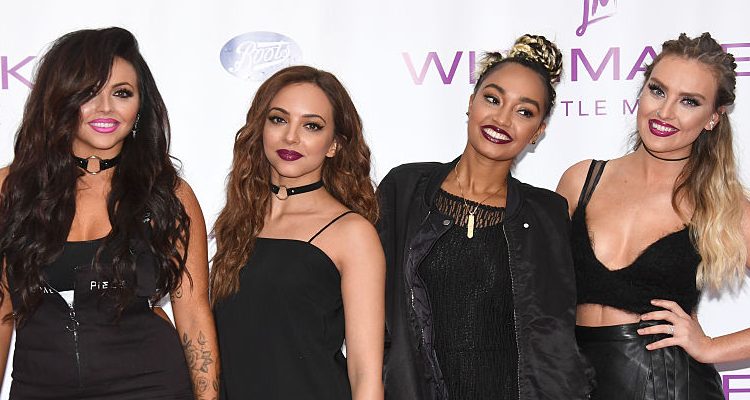 Little Mix members Perrie Edwards, Jesy Nelson, and Jade Thirwall discussed body shaming while on The Jonathan Ross Show. Little Mix is a group of young women who suggest that getting famous quickly forced them to develop a thick skin to counteract the criticism they get. Nelson said on the show, “I think there’s a lot of pressure, especially for young girls, to look a certain way. When we went on The X Factor we didn’t look that great and we got a lot of stick for it and it was hard.”

The girls in Little Mix have often been criticized for wearing “tiny” outfits and revealing too much of their bodies, but the girls suggest that with all the criticism they receive on the regular, they have developed ways to just deal with it all. Nelson added, “It’s hard, especially when you’re so young and you’re not used to people just being able to comment on what you look like and being able to see it in front of your face.”

Pinnock is a devoted gym-goer and she works out at least three to four times a week. She often trains in the morning or on her days off, and has admitted that regular exercise is a part of her lifestyle and isn’t a chore.

Nelson is pretty curvy, so she often receives criticism for her physique. Although Nelson is visibly slimmer now, she still has managed to hold onto her curves. For Nelson’s workouts, she often partakes in cardio exercises along with toning ones.

Zayn Malik’s former fiancée isn’t as much of a gym-goer as her bandmates are, and she would much rather relax on her days off than hit the gym. Even still, the singer recently took to her Instagram to reveal her skinny and fit body. In one post, Edwards is pictured working out and sweating as she promotes the brand USA Pro, which is a fitness collection made by women, for women.

For someone who doesn’t hit the gym often, Edwards still manages to keep a fit body. She achieves her physique by completing squats, abs workouts, and arm-toning exercises.

To maintain her slim figure, Thirwall performs dance routines, but for her, exercising and working out is for the health benefits as opposed to losing weight. Thirwall has said, “We do a lot of dancing, which really helps. And whenever I’m at home I’ll go to the gym where I live. Try and not eat rubbish and drink water all the time. That’s my main thing really, staying hydrated.”

Although being in the spotlight can be difficult, the girls of Little Mix have managed to brush off the haters and just be themselves—which really is the best message they can give to their fans. Although the girls have a busy schedule, they all manage to find the time to be active and work on their health. Although their health tricks aren’t complicated like many other celebrities, they are just enough to keep these girls looking fit and performing on stage.