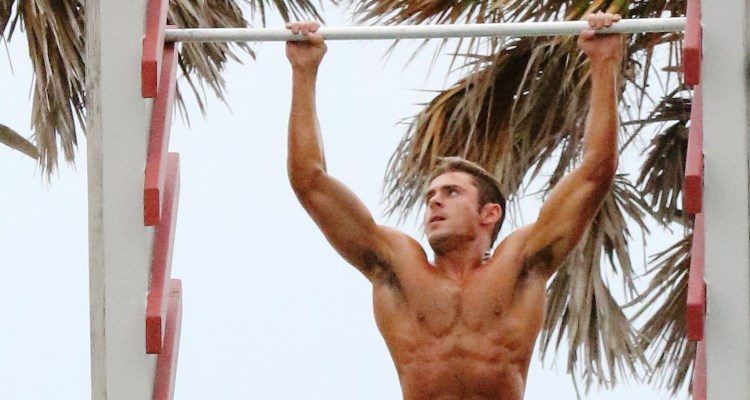 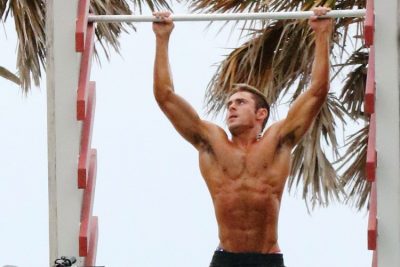 The Lucky One actor Zac Efron is not a little boy anymore. The once teen idol is now a man, and thanks to his recent diet and bodybuilding regimen courtesy of trainer Patrick Murphy, he has given himself an enviable physique. His body has often looked good in several of Zac Efron’s movies, but he took it to a new level in the upcoming Baywatch film next year. Efron has also shared the workout routine that got him that way, and it wasn’t easy.

Efron underwent a 12-week transformational workout to prepare for his role in Baywatch. Although no stranger to staying fit (as evident in many other Zac Efron movies), this was something that took him to a whole new level. He worked with Murphy vigorously and shared in an interview with Men’s Health that in about four months he had gained 18 pounds of lean muscle and was down to five percent body fat!

Efron says that he got a strange sense of power as he added more weight to his workouts, and that he didn’t even recognize himself by the end of the film. His workout consisted of daily cardio and strength training, alternating three different workouts made up of exercises including jogging, running, triceps extensions, dumbbell bench presses, bicycle crunches, twisting planks, and much more.

His diet plan consisted of a whopping 3,500 calories per day, eating six to eight meals per day with a minimum of 120 grams of protein daily, to ensure that he was adequately fueled and that his muscles could rebuild themselves and grow. He also stayed away from processed foods and beverages such as pizza, soda, and sweets, and instead stuck with nutrient-dense foods with lots of vitamins and minerals.

Patrick Murphy shared the workout he used to help the Lucky One star prepare his body for his role as a lifeguard in Baywatch. The workout is split into three days: one day he worked on his back and biceps, the second day he targeted his legs, and the third day consisted of working his shoulders, chest, and arms. Ab workouts were intertwined throughout all three days.

The most important component of the workout is called supersetting, which means doing two exercises back to back without a break in between. This burns more calories and doubles as cardio, increasing circulation of blood to the muscles for growth. Murphy’s intention was to help Efron not only look the part, but also feel the part—meaning that it wasn’t just about aesthetics. The exercises helped to build speed, agility, and muscle mass.

Here is a breakdown of the exercises Efron did:

Ugh this just makes me self conscious- the story is really great though- if you have time to read it- it’s pretty accurate about my life at the moment. Thanks #MensFitness http://bit.ly/mensfitnessze #humbled

Hard work and consistency may not seem like the magic bullet answer to getting the same body as Zac Efron, but the truth is that this practical approach works. Efron focused on broadening his chest and shoulders and trimming his waist, which is a recipe for getting a lean, aesthetic look. Consistent focus on core exercises such as crunches, leg raises, wheel rollouts, and woodchops helped Efron get his rock-hard abs.

Anyone who wants a body like Efron’s needs patience; this kind of transformation doesn’t happen overnight. In fact, Efron was already in good shape before he began training for this role, which is why he got results faster. But for beginners, this kind of body strengthening takes a lot of dedication. If that’s a goal of yours, don’t be surprised if it takes a year or two to sculpt your body—but it can be done.

In order to get his shredded body, Efron was placed on an all-organic, whole-foods diet by Murphy, in addition to adding unflavored whey protein and consuming 100 ounces of water daily! Murphy also said he couldn’t reveal the details of his ultimate secret for Efron, but it did involve changing Efron’s caloric intake every two weeks, including the amount of protein, carbs, and fat. He says the tweaks he made worked like a charm, and considering how Efron looks now, it sure seems that way!

Zac Efron’s Body Transformations for the Lucky One, Baywatch and More

Zac Efron’s movies include The Lucky One, Neighbors, and Mike and Dave Need Wedding Dates and he’s been in great shape in all of them. But many will be in for surprise when they see him in Baywatch—he’s undergone a massive transformation. His bodybuilding routine and his diet were intense and his workout is not for the faint of heart, thanks to trainer Patrick Murphy.