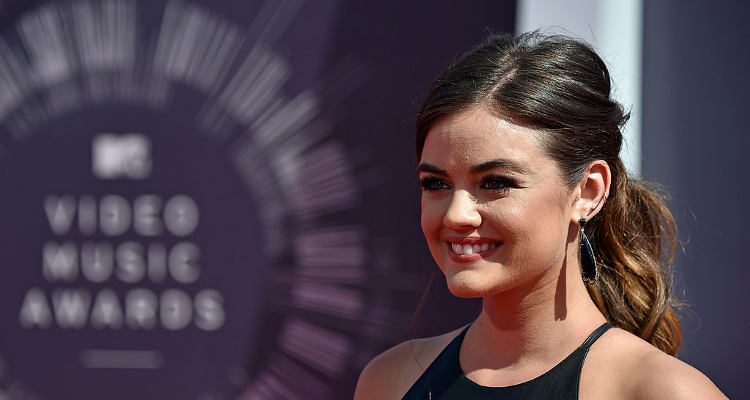 Everybody needs a change sometimes, and celebs are famous for changing their looks quite a bit. Lucy Hale, who stars on the show Pretty Little Liars, has made a hair change after playing raven-haired Aria Montgomery for seven seasons on the show.

That’s actually a long time to go without a change (at least in Hollywood), so it makes sense that the actress was ready for a change. But her new look is rather dramatic because she has gone to the other end of the color spectrum and is now a blonde.

Celebrity hair color guru, Kristin Ess, is responsible for having gotten the actress her new shade.

Altering her hair color was possible for the 26-year-old because the show has wrapped up shooting for good (the series finale aired this week), so Hale is free to change her appearance at will since there is no longer a character look to worry about. “Back to the blonde life,” she posted on Instagram, after having the change done.

Back to the blonde life. Thanks for my new hairs @kristin_ess ??

The actress now makes healthy eating a priority and no longer goes days without eating like she did when she had a problem. Hale says she recognized she had a problem, and made the decision to change herself, and did so successfully.

She no longer spends three hours at a time in the gym, but she does have a healthier attitude towards fitness and workouts. Now the actress works out every day to stay in shape but is mindful of how long she does it for. Running is her go-to workout, and she can run up to 10 miles at a time. She also likes hot yoga.

In an interview with E! News, she said, “I like to run and I work out with a great trainer sometimes.” Hiking is also something she likes to do, and living in Los Angeles allows her to hike some really beautiful trails.

She recently got into hot yoga even though she hates the heat, but she says, “Having to stand still and relax has been really good for me.” Her favorite yoga poses are the boat pose and the four-limbed staff pose. Hale also really likes doing the bridge pose because it gives her definition in the behind and glutes. It is a great pose for overall core strength.

Hale focuses on eating healthy foods but doesn’t follow a specific diet. Sweets and coffee are two things she admits she will never be able to cut out of her diet completely. She avoids eating dairy foods because it congests her—a side effect of dairy that happens to some people. Hale says she loves food and eating, but also loves working out, so the two balance each other out in her opinion.