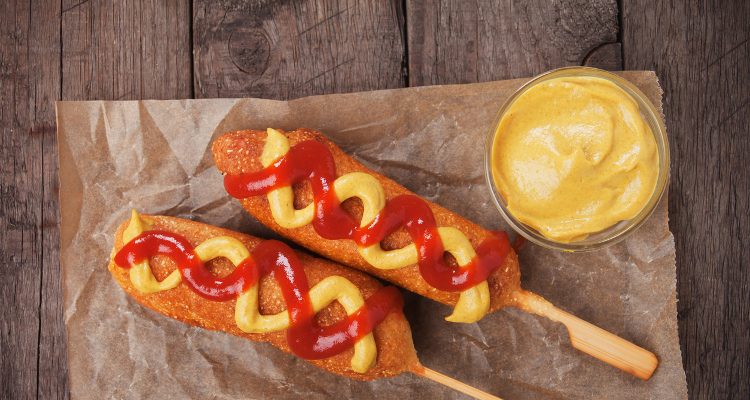 Mardi Gras is an exciting celebration of pre-Lent indulgences. For Mardi Gras 2017, you should take a trip to one of the country’s most popular tourist destinations, Galveston, Texas,  to enjoy the special Mardi Gras food.

But before you head to Galveston, you will want to know more about the local food culture to avoid missing out on any specialties.

Galveston island’s food culture is a mix of Southern cooking that has south of the border and Native American flavors, with Gulf Coast fare. The food is generally fresh, spicy, and filling. As the island is set around the U.S. Gulf Coast, it has access to a variety of fresh seafood.

Jambalaya, grits, crawfish étouffée, gumbo, shrimp po’ boys, and cornbread are some of the traditional dishes that have been cooked in the region for the last 300 years.

For Mardi Gras, food trucks pour in from plenty of places. You’ll get to indulge in lot of fried and grilled food, which is, of course, a Mardi Gras specialty.

There are also corn dogs and chicken on a stick, funnel cakes, fried pickles, and tacos. You can bite into some deep fried crispy Boudin balls dipped in mustard sauce and ubiquitous appetizers like gator bites and garbage fries—fries with a thick layer of melted cheddar and provolone cheese covered with jalapenos, bacon, green onions, chipotle peppers, avocados, tomatoes, and topped with fried egg.

Philly cheese steaks, shrimp cocktails, and lobster bisques—the food truck options in this city are all must tries! The food in Galveston is just perfect with generously cut steaks, tender catfish, and pecan pies with the just the right amount of crunch.

The parades run short, and with ample time in-between, you can gorge on a number of delicacies.

You can also try some chicken tenders and crinkle cut fries, onion cheeseburgers with thin-cut onions, and barbecue brisket with beans and potato salad. Although the food looks a bit over-charged, it’s worth the price.

Apart from the food, there are also signature and classic cocktails and regular drinks like lemonade, cold brew coffee, and iced tea.

You can also go shopping after you’ve had enough of the Galveston food.

The Mardi Gras in Galveston has taken place for over 100 years.

This year it is expected to draw more than 300,000 attendees for 30+ concerts, 20 balcony parties, 22 parades, and five elegant masked balls.

Every year there is some live entertainment, headliner performances, family events, and other festivities. Revelers dressed in colorful outfits and ribbons parade down the street. You can also grab some beads and rejoice in the family friendly events and parades, electronic dance parties.

Mardi Gras celebrations start with beads and more than 3 million beads are thrown at Mardi Gras!
If it is your first Mardi Gras in Galveston, or even if you’ve been there before, now you have a variety of options to try.