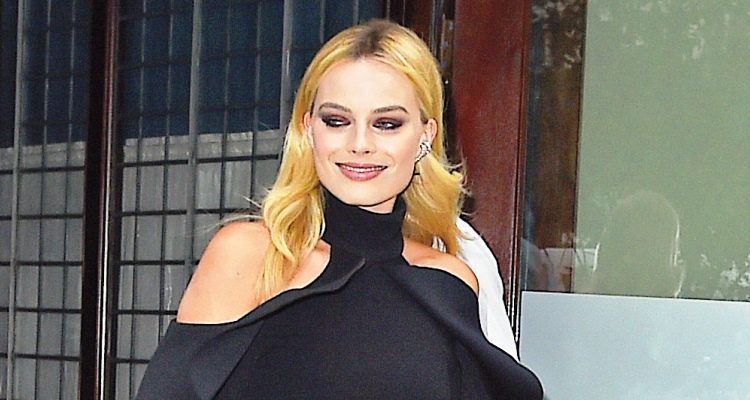 Actress Margot Robbie from Suicide Squad, the latest superhero movie to hit theatres, plays villain Harley Quinn and getting fit for the role was hard work, But her trainer, Andie Hecker, says she was a real trooper.

For three weeks while the movie was shooting, Robbie worked out for three hours on most days. Is that all it took for her to get in shape to play a Suicide Squad villain? It seems the bulk of her fitness for the film came from that core period of intense training, even though she worked out four to five times a week before then.

Typically, Robbie trained with Hecker for one hour four to five times a week, but she wanted to ramp it up for the movie since she would have her body on display in a pair of hot pants. In one scene in particular, Robbie had to change clothes in front of a group of men, so she wanted her abs and backside to be in perfect shape.

For her role in Suicide Squad, Hecker had Robbie do a lot of heavy-weighted arabesque pulls on resistance pulleys. Arabesque lifts with heavy ankle weights were also incorporated; they were added to build and lift her backside.

There were also many repetitions of side-series outer-thigh exercises, which targeted her outer glutes. These were done at high reps with low weights so the muscles would be pulled in, creating an attractive line from the waist to the upper thigh. The role of Harley Quinn was very physical, so Robbie had to be in top shape to give a good performance and to prevent injury.

A lot of her workouts involved full-body work, including swimming, which is a terrific exercise that targets muscles and strengthens cardio. Her trainer’s main focus was to achieve a balanced body shape that was strong and muscular to a point, as opposed to overworking and overemphasizing certain muscle groups.

The Margot Robbie workout plan for Suicide Squad involved some form of physical activity all day, every day for those three weeks, starting with swimming in the morning, Pilates in the afternoon, and cardio exercises at night if she was up to it.

Hecker’s plan for Robbie should not be attempted alone, the trainer says, but to tone up quickly for an event, she suggests focusing on cardio for 45 minutes to 60 minutes a day, four to six days a week. The best advice Hecker gives is to remember that rest days are important. When our bodies rest, our muscles can recuperate and prep for the next session.

Injury is more likely if you work out consistently seven days a week. To think Robbie did all these exercises while shooting scenes for the movie. That’s dedication!