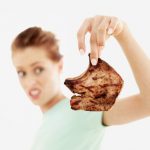 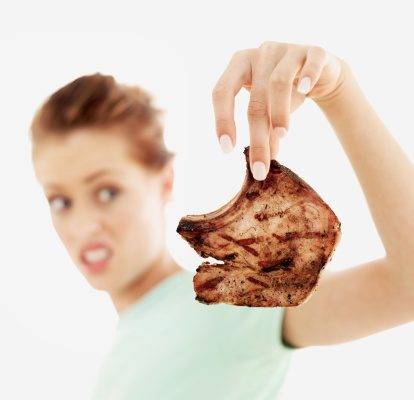 Specifically, they talked about the environmental impact of meat production:

2day @unclerush taught us meat is bad 4 both us& the environment, soy isn’t unhealthy &2 let the world go& be prese… https://t.co/ydWYPSEpOW

Menounos is a well-known vegetarian who gained popularity as a health guru after her New York Times bestselling “EveryGirl” book series became a book companion to many women looking to drop the extra pounds. The 37-year-old encourages healthy eating and in recent years has become a vegetarian—something that has helped her keep her trim figure. Simmons is a well-known vegan (and author of The Happy Vegan) who regularly expresses how plant-based diets are good for one’s health as well as the environment.

Meat Production, Your Health and the Environment

Are Menounos and Simmons on to something?  To a certain degree, yes. Research shows that meat production isn’t that great for the environment.  For example:

According to the Environmental Working Group (EWG), beef, lamb and cheese have the highest emissions because they are derived from animals that create methane through their digestive process. These ruminant animals also need more energy-intensive feed and they produce more manure than chicken. Methane is even more powerful than carbon dioxide!

In addition to Maria Menounos and Russell Simmons, another famous vegetarian who tweets about his eating habits is comedian Onision. In a recent tweet sent to his 294,000 Twitter followers, he warned that over 600,000 people die in the U.S. every year from heart disease and that meat-eating is a leading cause of heart disease.

He then ends the tweet with one chilling, thought-provoking word: “Karma.”

“Shut the Front Door! If We Ate Less Meat, This Is What Would Happen to the Planet,” One Green Planet web site; http://www.onegreenplanet.org/animalsandnature/eat-for-the-planet-meat-and-the-environment/, last accessed April 5, 2016.