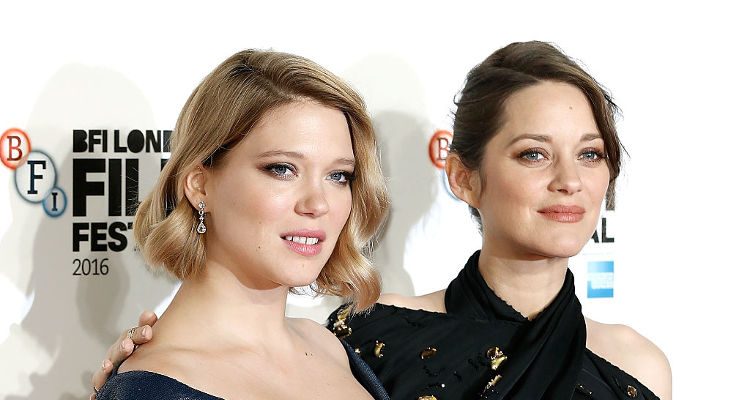 It’s Only the End of the World co-stars Marion Cotillard and Lea Seydoux recently showed off their baby bumps at the London Film Festival. The respective stars of Inception and Spectre looked amazing, and the two definitely look like they are keeping up with their fitness plans.

This is the second pregnancy for Cotillard, and at age 41, she looks better than ever. The star previously admitted to USA Today that after her first pregnancy, she lost the baby weight really quickly without any workout or special diet. Although this may seem like a blessing to most pregnant women, Cotillard suggested it was actually quite violent on her body. She noted that she lost a large amount of weight in a short amount of time – six days to be exact.

Cotillard noted that the same experience happened to her mother; in fact, her mother was thinner after giving birth than before she was pregnant– we guess her family just has really good weight loss genes.

For her diet, Cotillard reportedly limits her calories to 1,500 to 2,000 a day. She allegedly avoids alcohol for at least six days a week and relies on protein shakes. On the seventh day, Cotillard allows herself to eat and drink whatever she pleases.

For the remaining six days, Cotillard is said to follow a diet full of healthy food options including fresh, locally-grown produce to ensure her body gets adequate nutrients.

Cotillard exercises regularly, which includes a combination of cardio exercises like running and walking. Depending on her upcoming role or her mood, Cotillard reportedly changes her workout routine to reflect the changes in her life along with her busy schedule as a mom.

She enjoys outdoor activities, from simple adventures to playing sports. Although Cotillard doesn’t strive to be thin like many other actresses or models, she works out enough to keep her healthy and fit.

It’ll be interesting to see if Marion Cotillard loses her baby weight as quickly as she did with her first child. Now that she is older, her body has changed; and so, there is a chance that it may not be as simply. But considering her family history, who knows—she could easily bounce back a few weeks after her second child.