Home > Food News > Mars Food to Consumers: Don’t Eat Some of Our Products More Than Once a Week 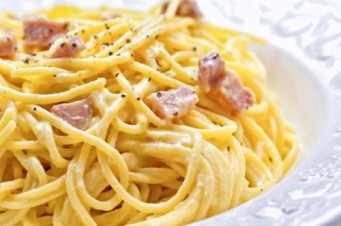 It seems counterproductive for a food company to tell consumers not to eat their product every day, but that is effectively what Mars Food will be doing with some of its offerings.

The company has announced that it will be labeling some of its food products as “occasional”, meaning they should not be eaten more than once a week due to high salt, sugar, and/or fat content. Only about five percent of Mars products will see their food labels change.

It is unclear at this time what the specific criteria will be for a food product to qualify for the occasional label. Presumably, the food in question would have to have a salt, sugar, or fat content that exceeds a certain percentage of the daily recommended intake but that is only speculation for the time being.

Mars will be updating its website over the coming months to list the foods bearing the “occasional” and “everyday” labels but has given some examples already. Dolmio macaroni and cheese oven bake kits, Dolmio creamy white lasagna sauce, and Uncle Ben’s oriental sauces. So far, there have not been any indicators that these food labels will be applied to Mars’ chocolate and candy products.

With regards to why Mars is using a labeling approach on some of its foods as opposed to simply lowering their salt, sugar, and fat content, the company noted that some products were higher in these three to maintain the “authentic” taste.

Mars has also set targets for reducing sodium and sugar in certain foods and to improve its use of whole grains and vegetables. The goals and the food labeling measures are both part of Mars’s Health and Wellbeing Ambition, which has the objective of creating and promoting healthier food choices.

Since the full list of products to be declared “occasional” has not been released yet, it remains to be seen what the full extent of the changes will be as well as whether they will influence consumer habits.