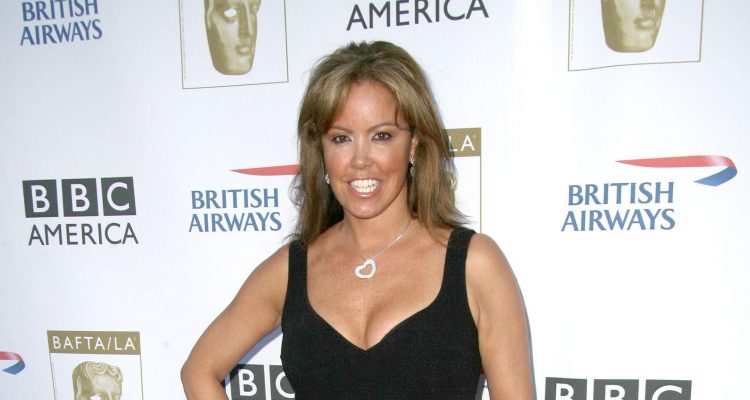 Known as the loud and vivacious judge on So You Think You Can Dance, Mary Murphy is the perfect person to be the vibrant spokesperson for the Tisanoreica diet, a popular weight loss and management program in Italy that’s recently launched in the U.S.

The Tisanoreica diet, founded in 1911 in Italy, is based on the use of its own line of herbal products. According to the brand, its herbal extracts—which contain no artificial sugars, preservatives, or alcohol—can help with weight loss, and are based on a centuries-old diet formula, originally developed by the Mech family in Vicenza.

“We’re extremely proud to have Mary Murphy as the face—and figure!—of the Tisanoreica Diet in America,” said Tisanoreica CEO Gianluca Mech. “Mary is the epitome of American grace, beauty and enthusiasm,  and we’re thrilled to have—to use her own words—this ‘hot tamale’ represent our emerging brand in the U.S.”

This is just one of the latest celebrity diets to make waves across the U.S., using celebrity judge and dance champion Mary Murphy as the face of the Tisanoreica diet in the U.S.

Murphy is known for her loud, screeching comments and cheerful attitude on the hit T.V. show So You Think You Can Dance, and if you’ve watched the show, you know that she has a lot of energy, so there’s probably no other person better suited for a role of extolling the benefits of the Tisanoreica diet better than her. Mary, who’s 55, still has her young, physically fit, curvy figure, and she attributes her success to this diet.

“What I love about the Tisanoreica Diet herbal meals is that I never feel deprived on them,” said Murphy. “I’ve tried other diets in which you’re either feeling famished or tired. As a dancer who must keep physically fit, and now as a dance judge who must stay mentally alert during auditions that can stretch on for hours, that’s important to me.”

This is definitely one of the newest celebrity diets to hit the U.S., but it’s already showing a lot of promise. Murphy’s new ad says she lost five pounds on the Tisanoreica diet in the first week alone. The diet, known as the “Italian Comfort Food Diet,” is quite different than other celebrity diets or traditional American diets, because it markets itself as a proponent of comfort food (immediately satisfying Italian meals come to mind) and healthy eating. It uses patented herbal extracts to curb cravings and control appetite and emphasizes a low-carb, normal protein diet.

On the Tisanoreica diet, you’ll have to, of course, eat Tisanoreica food products and herbal health tonics, but the makers of the products say they’re specifically designed to help you lose weight, feel good, and keep up your energy.

It feels like there are so many new celebrity diets but this Tisanoreica diet shows a lot of promise. Would you try it?