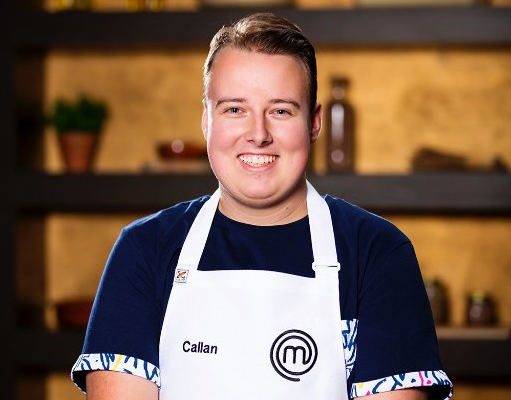 The youngest contestant in the MasterChef kitchen, Callan Smith who is 18 years-old, surprised the judges with his simple but delicious Japanese-inspired salmon tartare in the very 1st episode of MasterChef Australia Season 9. He is very keen on learning molecular gastronomy and used it to present his dish in the auditions.

He created yuzu air with yuzu juice and soy lecithin powder to present the salmon tartare. However, except being among the top four MasterChef Australia 2017 contestants in the Mystery Box Challenge, he didn’t make a mark like he did during the auditions.

Michelle Lukman presented a golden ball made of chocolate. It had different flavors and textures hidden within. The 19-year-old Melbourne resident was the first contestant to win the MasterChef apron in the auditions.

Her golden ball included cream cheese and mascarpone filling, popping candies, biscuit pieces, mint, fresh raspberries, and caramelized white chocolate. She garnished it with dried pink rose petals, fresh mint leaves, and fresh raspberries. But, it wasn’t the first time that Lukman created the golden ball. She had dished variations of the dessert before.

Except for being ranked among the top five contestants during the Mystery Box Challenge, she has not been able to find a place for herself. She didn’t dish any recipe as appealing as the golden ball. Lukman who is known for making delectable desserts, couldn’t make through the potato challenge.

To make the dish, she directly fried the chips and then discarded them. She then boiled the chips before frying, but her chips turned soggy. In the end, she made her grandma’s potato curry which had lip-smacking flavors.

Lukman loves making desserts and wants to open a dessert bar and café. Smith intends to start a molecular gastronomy restaurant. It would be a combination of theater and food.

The teenagers have some wonderful dreams to accomplish. But all that would be possible if they could win over the judges as they did in the MasterChef Australia season 9 auditions. Stay tuned to Channel Ten to know who wins the Immunity Challenge today and bags the Immunity Key.