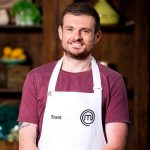 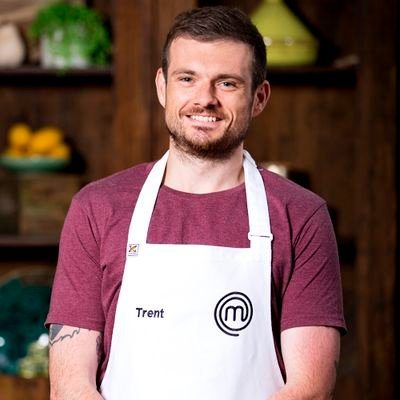 In David Thompson’s Invention Test, three contestants made technical errors in their dish. Jess Butler, Sam Goodwin, and Trent Devincenzo had to do the Pressure Test. The trio had to replicate Chef Josue Lopez’s ”After the Eucalypt Fire.”

The contestants had never cooked emu before and hence were under pressure. They had to prepare the dish in three hours.

Here is the detailed episode 22 recap in which you can find out who the MasterChef Australia Pressure Test loser was.

Trent Devincenzo started with the jerky first. He then sliced the beetroot and dehydrated the rosella flowers in the oven. However, he missed decorating the plate with beetroot paint.

Devincenzo then prepared the beetroot puree. With little time in hand, he still had to prepare the complicated tartare elements. So, he decided to leave the smaller elements.

Sam Goodwin was closely following Lopez’s recipe, but that cost him a lot of time. In the first 30 minutes, he had only made the marinade. Lopez was worried that with so many elements yet to be prepared, Goodwin might not complete the dish.

Goodwin worked faster and made up for the lost time. With just 20 minutes left, he started searing the emu fillets. His beetroot puree had turned lumpy and was grainy.

Jess Butler worked in full swing. She started preparing the emu jerky with the smoky marinade. Then, she turned to the charcoal pretzels. With only 45 minutes left, Butler hurriedly separated the stalks from the beetroot leaves for the puree, which made it bitter.

So, who was eliminated from MasterChef? Here are the results.

Goodwin’s dish received positive comments. Although the beetroot had a good flavor, it didn’t have a smooth and creamy texture. The judges and Lopez felt that he cooked the emu perfectly. He emerged as the MasterChef Australia Pressure Test winner.

Devincenzo’s dish looked messy, and it also did not contain some of the required crispy elements. He missed the essential elements such as beetroot croutons, jerky, and pretzels.

With teary eyes, Butler presented her dish. She had perfectly cooked the emu and had delectable crispy elements. But the beetroot leaf puree turned bitter.

The judges had to decide between Devincenzo’s missing crispy elements and Butler’s bitter puree. In the end, Devincenzo lost and got eliminated.

Tune into Channel Ten to watch the next episode of MasterChef Australia.