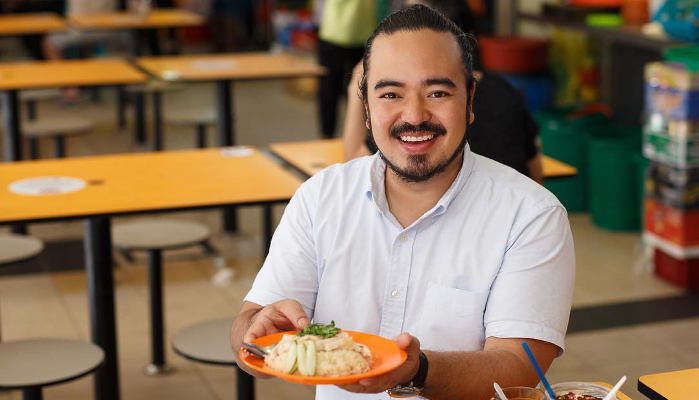 What Is Adam Liaw Doing Now?

Adam Liaw has been busy with multiple things since being announced as the MasterChef winner. Just last month, he did a presentation at Angus Australia’s national conference in Ballarat. Liaw threw light on questions that a typical home cook would have about cooking the perfect steak because whenever he visits any food festivals that include demonstrations, people are always curious to know how to cook a perfect steak.

Liaw said that there isn’t any perfect method to cooking a steak, but it all depends on an individual’s preference and the way the chef works with it. To get a mouth-watering steak with perfect texture, he advises resting the steak for half the amount of time required for cooking after it comes off the plate.

He says people, including himself, always look for simple recipes when cooking for their families. He, himself prefers cooking evening meals in 18 minutes or less.

ASKO Appliances’ Managing Director, Črt Prasnikar, said Liaw’s passion for cooking and his extensive knowledge would make the ASKO brand stand out in the competitive market. According to ASKO, there isn’t a better celebrity chef who has the one of the largest number of social media followings than any other chef in Australia. Liaw will work with ASKO to create a cookbook and “How To” demonstration videos. They will be distributed via his social media networks.

Callum Hann and Adam Liaw competed in the MasterChef finale. The first round of the finale in episode 84 included the Basic Skills Test where the duo had to name the ingredients correctly and complete a cooking challenge. Liaw was able to identify the ingredients more correctly than Hann.

The duo then had to prepare an omelet. At the end of round 1, Liaw scored 17 points, and Hann scored 13.

For the Invention Test, they had to create an assiette of a protein which would demonstrate three different techniques of cooking proteins. Liaw chose pork belly, and Hann chose chicken. Both scored nine out of 10, with Liaw still leading Hann.

In the last round, the duo had to recreate Peter Gilmore’s dish, Snow Egg. Callum Hann had to recreate his meringue, but his frozen granita made it difficult for him to scrape and present it. Adam Liaw, on the other hand, cracked the maltose disc while trying to mold it using a kitchen torch. Still, he scored better than Hann, who lost the competition. As a result, Liaw emerged as the MasterChef winner.

“Where Are They Now: Adam Liaw,” Tenplay, April 24, 2017; https://tenplay.com.au/channel-ten/masterchef/show-news/where-are-they-now-adam-liaw.