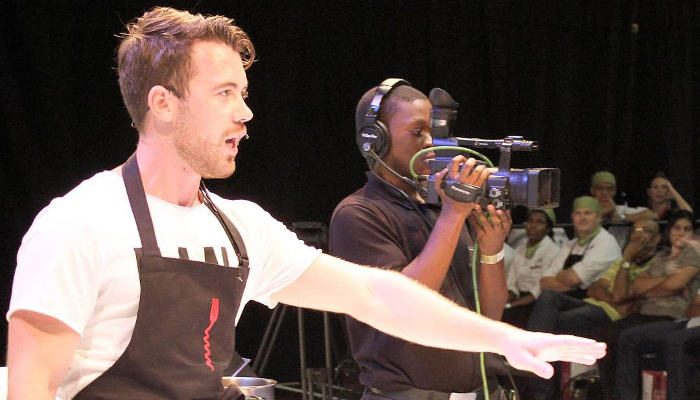 Brent Owens emerged as the MasterChef Australia Season 6 Winner by defeating Laura Cassai in the finale. It’s been three years since his victory, and his fans are eager to know what Brent Owens is doing now.

Read to on to find out more about the MasterChef Australia 2014 winner, including his current assignments.

The grand finale consisted of three rounds. In each round, Owens and Cassai had to cook one dish and serve it to the judges. In the first round, they were told to create their own Mystery Box with their choice of ingredients. The time limit was 60 minutes.

In round two, the contenders had 90 minutes to present their dish to their friends and family. Cassai dished mouth-watering butter-poached lobster and scallops with mushrooms and chestnuts.

Owens gave a modern touch to Lancashire hotpot, but he missed the potato elements. Cassai won the second round by three points.

In the third round, Cassai and Owens had to cook Peter Gilmore’s Chocolate Ethereal. The dish had three hours to prepare the dish with 20 minutes extra for assembly time. Cassai read the wrong recipe for the nougat element and struggled with the tempered chocolate.

Owens tried hard to replicate Gilmore’s dish. He managed to present the dish with perfect texture and lip-smacking flavors just like Gilmore. Cassai’s dish lacked the tempered elements, and she didn’t chop the nougats. As a result, she fell behind Owens by three points.

What Is Brent Owens Doing Now?

Owens started his own TV show called Brent Owens Unwrapped on Discovery Channel where he explores South Africa. In the show, he can be seen unveiling the country’s beautiful and diverse cultures and terrain.

Brent Owens is busy exploring delicious seafood and local farm produce. He can also be seen enjoying South African braai, which is meat grilled directly over a fire.