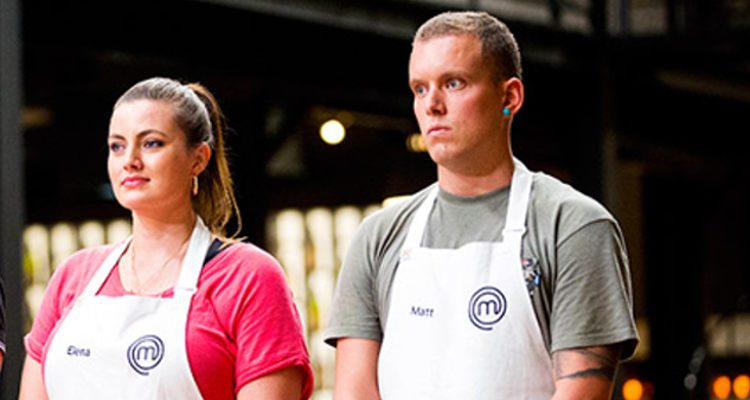 The Masterchef Australia Season 8 Grand Finale is heading for an exciting climax as the two competitors battle it out. It will be Matt Sinclair versus Elena Duggan as both go head to head against each other. Both will compete for 100 points across three separate challenges. The first round will be for 30 points where each of them will get one hour to create a dish around a single chosen hero ingredient. The second round will also be for 30 points where they will have to prepare a main course. The third round will be for 40 points and will be the tough Heston Blumenthal dessert challenge. It will be a five and half hour cook-off between the two finalists. This finale will decide who will be the eventual winner. That’s something that entire Australia is looking forward to.

Though it is premature to declare who will be the eventual winner, Matt Sinclair is the hot favorite. Right now Matt Sinclair is ahead in the viewer’s minds but one can’t take it for granted. Remember desserts are not Sinclair’s strength.

Sinclair has several strengths that should keep him ahead of Duggan in the final. Sinclair can work under pressure and deliver. He has also won the immunity pin once. He cooks tasty food and can cook creative and complex savory dishes as well. Remember how he impressed Marco Pierre White with his Quail dish. Sinclair is also the guy who caught food goddess Nigella Lawson’s attention with his dish of Carrot Cake with Candied Walnuts.

Elena Duggan is no spring chicken either. She too has a few aces up her sleeve. She cooks dishes with bold tasty flavors. Duggan has impressed the judge on several occasions by cooking dishes which are worthy of the Masterchef finale. She has had success in cooking strong savory dishes. So both the contestants have strengths that they will exhibit in the finale.

However Sinclair isn’t perfect. He is not strong in making desserts and also forgets to taste his food before plating. This has led to his being almost eliminated a few times.

Duggan has a couple of weaknesses as well. She has never been tested under pressure. The finale will put her under a lot of pressure and it all depends on how Duggan handles it. She is also weak in making desserts so the Heston Blumenthal dessert challenge might be the decider.

So far Sinclair has emerged the favorite because of his skill, creativity and ability to think quickly on his feet. However he cannot afford to take Elena Duggan lightly. Right now it is all speculation. When the dust settles down we will know who is the eventual winner.