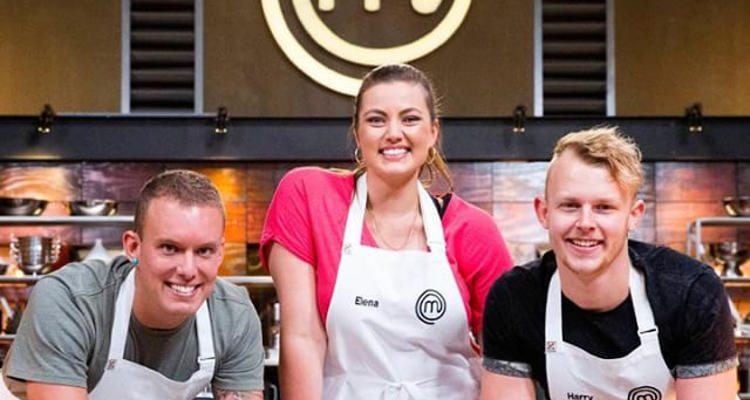 MasterChef Australia’s season 8 competition will be heading into a showdown between Matt Sinclair and Elena Duggan now that Elise Franciskovic and Harry Foster have been given the boot. The Top 4 were all strong contenders but the field has been whittled down after a set of grueling challenges, strategic missteps, and unfortunate errors.

The Top 4 faced an emotional challenge in the Episode 60 quarter-finale, where they had to craft dishes using ingredients selected by loved ones from back home. Franciskovic hadn’t seen her fiancé, Emanuele Timpone, for months at this point so the handwritten letter brought comfort and tears alike. Unfortunately, Emanuele had selected the wrong kind of gelatine which left his love using gold instead of titanium for her panna cotta recipe.

Elise Franciskovic’s recipe of a vanilla and thyme panna cotta was further complicated when she realized Emanuele had also added freekeh, an ingredient she had never cooked with before. While Franciskovic tried to make do, she wasn’t able to incorporate the ingredients successfully and was eliminated after the challenge. Fortunately, she isn’t letting the defeat stop her and is planning on launching a cake business.

During the Episode 61 semi-final face off, Foster, Duggan, and Sinclair were tasked with making a main and dessert for the judges plus twenty guests. Foster made a strategic error when he tried to create an Italian menu rather than stick to Asian dishes, his strong suit. The pressure of the competition made going outside his comfort zone that much harder for Foster and it showed when he made a poor lobster and kingfish pairing. It was this combination that was the deciding factor when the judges had to decide whether to sent Foster or Duggan off to the final.

With the MasterChef Australia contestants now down to the two finalists, Duggan and Sinclair will battle it out in a grand finale encompassing the chefs fighting for 100 points across three different challenges split between Episode 62 and Episode 63.

The first round, worth 30 points, will give each chef an hour to create a dish based on a chosen hero ingredient. The second, also worth 30, is a no-holds bar main course. Any dish, any ingredient, and any style may be used so Duggan and Sinclair will have to decide whether to play to their strengths or try something more bold but potentially risky. The third round, for a final 40 points, will be a grand five-and-a-half hour cook-off based around recreated a dessert from Heston Blumenthal.

Only once the smoke clears and points are tallied will Australia have its new champion.