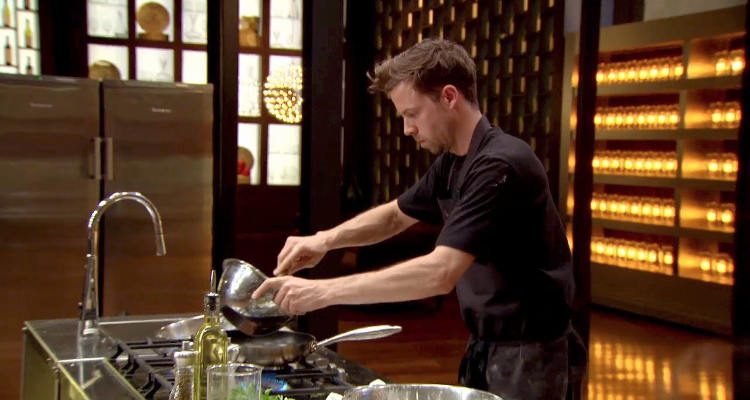 In MasterChef Australia season 9 episode 10, contestants were given the potato challenge. The episode consisted of two rounds. The contestants who failed in the first round faced the elimination challenge.

Michelle Lukman, Jess Butler, Josh Clearihan, and Benjamin Bullock go to the elimination round and eventually Clearihan gets eliminated. Here is a detailed recap of MasterChef Australia season 9 episode 10.

For round one, the contestants had to make the perfect hot chips and a dip. The contestants had 60 minutes to create their dish and were given free to access the open pantry. The pantry contained around 15 varieties of potatoes from which they had to choose the best suitable ones for their dish.

To make the chips, some contestants put them in the oven while others ended up boiling them. Michelle Lukman had little idea about cooking potato chips, so she fried them. They turned out soggy, so she threw them away and started over.

Josh Clearihan’s chips were too soft as well. Samuel, Arum, and Eloise presented the most delectable and crispy chips. Michelle Lukman, Josh Clearihan, Jess Butler, and Benjamin Bullock were sent into the elimination round.

In round two, the contestants had to cook with potatoes again. They had access to the open pantry and had a time limit of 60 minutes. Butler decided to make a dessert while Lukman made a curry.

Butler served potato dumplings with burnt chocolate ganache and balsamic jelly. Bullock served sweet potato doughnuts which were soggy in the middle. However, the judges loved the taste, presentation, the lemon curd, and chantilly cream.

Clearihan made pan-fried gnocchi with tomato and speck sauce. But he boiled the potatoes whole, which doesn’t allow them to cook well. The judges felt the gnocchi were lumpy and eliminated him.

After the elimination rounds, the judges individually presented their own simple dishes, and provided some simple tips and tricks to the contestants.

Calombaris showed how to grill a broccoli. Mehighan presented a dessert of chocolate and beetroot, while Preston dished his nuggets and chips. Then, Calombaris decided to make lamb tortellini with butter sauce and yogurt dressing, and Mehighan assists him.

Don’t let that excitement subside. Be sure to tune into Channel Ten on Sunday for Ben Shewry’s All-Australian Mystery Box Challenge and Invention Test.

Vickery, C., “‘It was pressure on the day’: Josh Clearihan eliminated from MasterChef Australia,” News, May 11, 2017;
http://www.news.com.au/entertainment/tv/reality-tv/it-was-pressure-on-the-day-josh-clearihan-eliminated-from-masterchef-australia/news-story/0e9940becb4424f7ca05a7501701ed29.