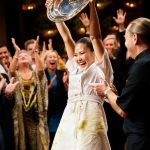 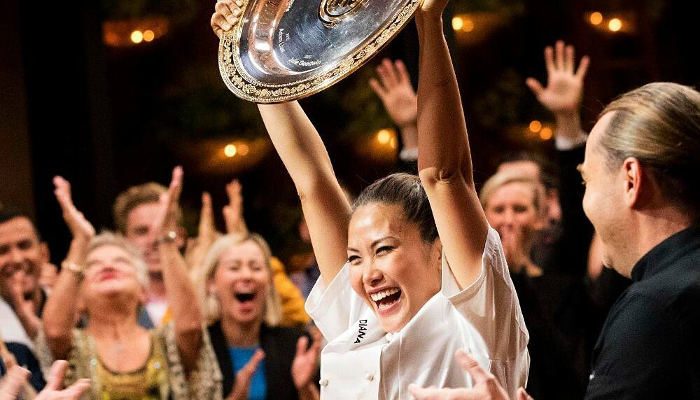 What a magnificent season of MasterChef that was! So, after more than two and a half months of grueling competition and hard work, this season is concluded. Diana Chan and Ben Ungermann competed in the finale. Who is the MasterChef Australia Season 9 winner? Let’s find out.

First Round of Season 9 Finale

The first one was the Mystery Box Challenge. The contestants got one hour to make their dishes. They had to choose one of the previously used Mystery Boxes, wherein Chan chose Peter Gilmore, while Ungermann chose last year’s winner Elena Duggan’s Mystery Box.

Ungermann cut his finger, but continued to make his recipe. He made lemon myrtle ice cream and macadamia shortbread smashed with charred cucumbers, goat cheese, and roasted grapes. Chan made abalone with crispy spatchcock skin. She served this with green juice made from Chinese broccoli and Nasturtium leaves. Chan sailed through the first round with full marks and a praise form the judges.

Second Round of MasterChef Australia 2017 Final

The second round was special. They could cook anything of their choice using any ingredients they wanted. They got 75 minutes to finish it, and had to serve it in three dishes. Chan cooked Malaysian oatmeal prawns with vegetables in a creamy sauce. Ungermann cooked cardamom coffee ice cream with butternut three-ways and a Dutch spice biscuit.

For both the rounds, Matt Preston was totally impressed with Chan’s recipes. The judges also liked Ungermann’s second dish. After the first two rounds, Chan scored 57, while Ungermann was on 54.

Third Round of MasterChef Australia Season 9

The third round was the Pressure Test, which was for six hours! The contestants had to recreate chocolatier Kirsten Tibballs’ recipe- fruits made of chocolate. They had to make an apple, pear, and a mandarin of chocolate. The inside part of all these “chocolate fruits” had a hazelnut dacquoise base.

This was paired with milk chocolate ganache, honey-sauteed pears, and vanilla mousse for the pear. The apple had salted caramel, apple, and sugar-crusted liqueur. The mandarin had mandarin jelly and creme, roasted hazelnuts, and vanilla mousse. In this round, Chan struggled while assembling her pear and broke the stem. She said that she felt emotional as well as relieved after finishing this dish.

Chan aspires to start her own restaurant, while Ungermann dreams of an ice cream parlor and a gourmet range for supermarkets.

The MasterChef Australia Season 9 winner got a prize money of $250,000. She also gets to write a monthly column in the magazine Delicious. As a runner-up, Ungermann got $40,000. Karlie Ververk, who ranked third, got a prize of $10,000.

So, after a long culinary battle, Diana Chan was crowned the winner. It was a truly tough competition, and she won by just one point.

The other contestants, including the finalist Ungermann, were no less winners, and we are sure that this is an awesome start to their new journey in the food industry.