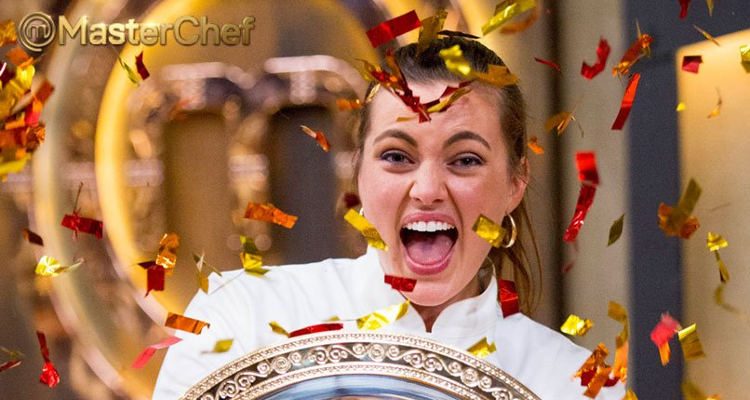 A glittering night with your favorite Australian film and television stars walking down the red carpet is just around the corner in Sydney, Australia for the 6th 2016 AACTA Awards.

The Australian Academy of Cinema and Television Arts (AACTA) was launched by the Australian Film Institute (AFI) in August 2011. The objective was to recognize, encourage, promote, and celebrate film and television excellence in Australia. The AACTA Awards are Australia’s highest screen accolades and considered equivalent to the Oscars and the BAFTAs.

The 6th AACTA Awards Ceremony & Official After Party will be held on Wednesday, December 7, 2016, at the Star Event Center in Sydney and will be presented by Presto. The AACTA ScreenWeek will start from Sunday, December 4, 2016, and will include 10 “Meet the Nominee” events and two major Awards events.

As the star-studded event is gearing up for the awards ceremony, fans are equally excited to see their favorite nominees being awarded the AACTA. MasterChef Australia Season 8 is nominated in the Best Reality TV Series category and is a huge favorite among fans of this reality show. MasterChef Australia proudly tweeted, “We’re delighted to be nominated at this year’s @AACTA Awards for ‘Best Reality TV Series’!” Fans are already vying to find out who would win the category.

We're delighted to be nominated at this year's @AACTA Awards for 'Best Reality TV Series'! pic.twitter.com/YnON8MyL1a

The AACTA Awards recognizes talent in the categories of feature film, television, documentary, and short film. The the nominees for Best Reality Television Series are:

MasterChef Australia Season 8 seems to be the top contender with fans who have religiously followed and have been a part of the season 8 journey. The battle for the master chef title was intense and the finale was an emotional round for fans who were glued to the series.

She shared her winning moment on Instagram later on and posted, “I’m so full of gratitude. I don’t know how I’m going to sleep tonight, my mind and all of my body is smiling. I’m over the moon to have made it all the way to the end and then through those three epic rounds. I’m blown away with the outpouring of love and support, and I’m so appreciative. #MasterChefAU.”

I'm so full of gratitude. I don't know how I'm going to sleep tonight, my mind and all of my body is smiling. I'm over the moon to have made it all the way to the end and then through those three epic rounds. I'm blown away with the outpouring of love and support, and I'm so appreciative. #MasterChefAU

Many of Duggan’s fans must have also been over the moon. The 32-year-old walked away with the prize money of $250,000. The runner-up, Matt Sinclair, who lost to Duggan, was also one of the popular contestants of the season. Sinclair posted on Instagram, “Wow!! What a crazy night. So stoked for Elena and so proud of what we’ve done. Loved every minute of it and can’t wait for what lies ahead! @masterchefau @garymehiganaustralia @ChefGeorgeCalommbaris @mattscravat.”

It was just moments before the announcement that both the contestants were battling it out for the title. These moments on Instagram express their passion. For example, this post by Sinclair.

Its all smiles at this stage with the king S.B. just a dream to be in the kitchen with him @chefbennett23 #masterchefau #dayattheoffice #dream #food #idol #ilovemyjob #duck #donuts

Another moment shared by Duggan.

During the first round of the finale, Sinclair found himself in the lead as he received 26 out of 30 for a quail entrée. Duggan scored a 23 out of 30 for her first dish.

In the second round during the “no rules” cook-off, Sinclair took a lead again with a perfect 30 out of 30. Duggan also received a 30 out of 30 for her dish: twice-cooked lamb with a lamb jus.

The desserts round saw Duggan taking the leap with a 33 out of 40. Fans must have been on the edge of their seats to see Duggan and Sinclair stepping up and bringing out their best food preparations.

While the 6th AACTA Awards evening is nearing, MasterChef Australia Season 8 judges joined the Mannequin Challenge with this performance.

It might not look like much is happening but we assure you we're very busy filming the next season of MasterChef! #MannequinChallenge

The MasterChef Australia Season 8 cast should be looking forward to the 6th 2016 AACTA Awards ceremony, and fans are sure to tuned in as well.