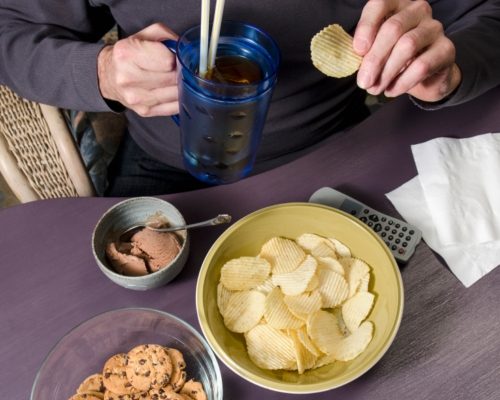 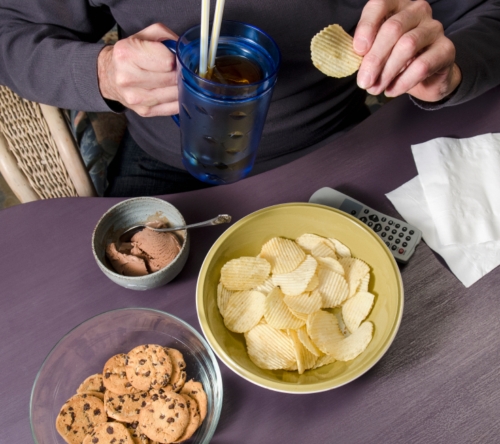 That’s mastication—chewing—not the other thing. Apparently hearing yourself chew your food can affect how much you eat, if a study series from Brigham Young and Colorado State University is to be believed.

The documented effects are modest but the reasoning seems sound (pun intended) and it’s refreshing to see a novel take on dietary habits.

The studies, three in total, looked at what the researchers dubbed “The Crunch Effect”, the idea that being more conscious of the sound foods makes when you chew makes someone less likely to eat overall. Participants were given headphones that played “loud” or “quiet” noise and provided with pretzels, pita chips, or cookies depending on the study. Unfortunately, most of the information is behind a paywall, so the only results available are those in the press release and abstract.

In the pretzel study, it was found that people in the “loud” group ate four pretzels on average as compared to the “quiet” group, which ate 2.75. It was also noted that a decline in consumption happened even when the sounds of chewing were played back to the participants, meaning the effect could be achieved even if they weren’t the ones doing the chewing. The researchers theorized that the findings could be used to understand possible approaches in food marketing and the general influence sensory information has on eating habits.

Now, the standard caveats apply here. This is a single study, sample size is small, the reported effect (basically a one pretzel difference) is minimal, and the effect is currently only proposed to apply to crunchy foods. It does not help that the possible benefits, if any, of this effect is overstated by the press release. As one of the study authors says, “the effects may not seem huge–one less pretzel–but over the course of a week, month, or year, it could really add up.”

Except food doesn’t really work that way and one less pretzel isn’t likely to have an impact unless it is one of those large types you get at movie theatre or sports concessions. Setting aside the overstated significance, the idea of a “Crunch Effect” does make sense. The more conscious people are of what they eat, the less they are likely to overeat. This is why foods that can easily be eaten without looking at them such as chips or bowl candy are easy to overindulge. It is plausible that hearing the sounds of chewing makes one more aware of their eating.

At the very least, the study suggests that minimizing auditory distractions while eating crunchy foods can make someone more likely to eat slightly less. Whether this effect can be said to exist for non-crunchy foods or smaller items like the aforementioned bowl candy (“M&M’s”, etc.) would be worth looking into as a future project.

The study was published in the journal Food Quality and Preference.