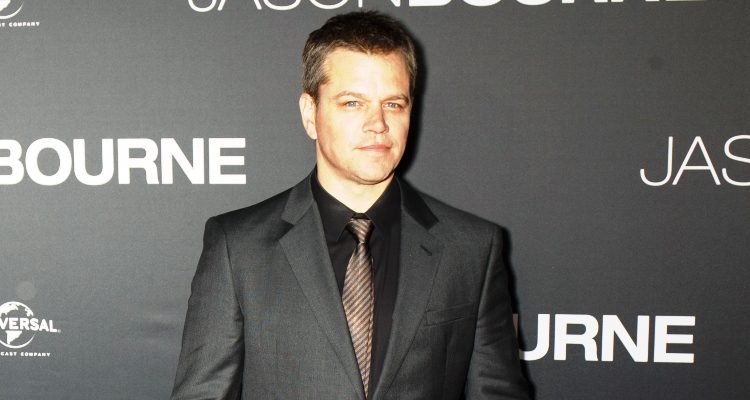 Matt Damon’s workout routine for his latest Jason Bourne role will reveal some freshly diced 6-pack abs onscreen. He’s returning to the role for the fifth installment of the Bourne series, Jason Bourne (it’s Damon’s fourth time playing the character). But don’t just look at the abs, respect them; after all, Matt Damon’s diet and training were a struggle.

Fifteen years have passed since Damon first played Jason Bourne, meaning his body is no longer 30 years old. It’s 45—and that means a lot more beers and burgers. Look, Matt Damon’s eating habits aren’t the best to begin with. A self-admitted burger and beer lover, Damon had to get serious about his eating and exercise if he wanted to look his best for the role.

For Matt Damon, exercise has become synonymous with work. He’s not a big fan of pounding out reps in the gym or spending hours on a treadmill shedding body fat, but he gets the job done when he has to. For his role in Jason Bourne, he did high-intensity exercises with celebrity trainer Jason Walsh. For 10 weeks Damon sculpted his body by exercising three hours per day—one 90-minute high-intensity session in the morning, and another at night. The focal point of this training is to rev up your metabolism to burn fat with periods of near-failure intensity, followed by brief rest periods. Damon was likely working with power ropes, stair climbers, box jumps, boxing, and sprints to lean down. Surely there was supplementary weight training, too.

When losing a lot of weight in a short period of time, it’s important to have a precise exercise schedule. But Matt Damon’s diet plan also had to be tightly scheduled. He was eating high-protein meals and vegetables, effectively removing starchy carbs and excess fats from his diet. The only fats he consumed were those that would come naturally in meat, fish, and dairy, though it’s also possible that he ate some complex carbs on certain days around workouts to provide fuel. Although there are reports that he went completely carb-free, it seems hard to believe considering he was preforming high-intensity workouts twice per day.

After cutting down that much to get in shape for Jason Bourne, Damon needed to add some weight back so he could be ready for his next role in Downsizing. To gain the weight he needed, the director suggested Damon eat marshmallow pasta, which he did, to add a little more girth to his belly. It’s a diet plan he probably prefers!