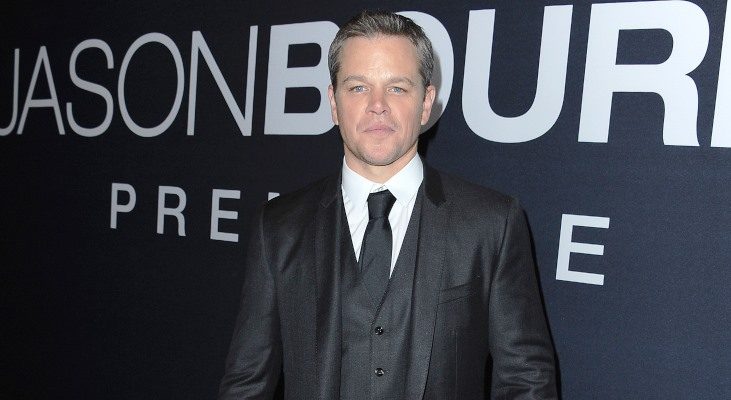 Matt Damon rocks a muscular look in The Great Wall. The film hits the big screen February 17, 2017. The fantasy/mystery film is action-packed, and that means Matt Damon had to be in good shape to film. He is no stranger to keeping fit as his career demands he maintain his fitness on the regular. However, he does go the extra mile when preparing for a role through a diet and workout regimen. Here is a look at how he keeps his physique.

Matt Damon on Fitness: His Diet and Workout

There has been some controversy around The Great Wall starring Matt Damon. Lagging safety standards on set and exposure to pollution and chemicals as well as allegations of white washing were some of the issues facing the film. The story follows a mercenary warrior (Damon) who is imprisoned within the Great Wall of China and discovers a mystery to one of the greatest wonders of the world. Allegations of white washing came from critics claiming that Damon was casted as the lead over a Chinese actor.

Damon responded to the allegations by maintaining that the lead role was always intended to be a “European” man and states that he takes the issue seriously. In other words, he would not want to take away an opportunity from someone more fit for the role.

So far, the movie made its public debut in China and became a box office hit. It grossed over $66 million during the opening weekend. This makes it the fourth-highest grossing film in China during 2016. Critics, on the other hand, have not taken the same liking, and this may impact how well the film does when it is released to the US in February 2017.

Regardless, Matt Damon is always in incredible shape. For many of his film, but for Jason Bourne specifically, he worked with personal trainer Jason Walsh. They focused on helping Damon achieve an athletic and lean physique while still showcasing his muscles. He did this by working out on the VersaClimber. The VersaClimber is a piece of cardio equipment that works the whole body and cardio helps increase heart rate, improve circulation and shed excess fat.

Matt Damon also did plenty of other exercises daily including push-ups, sit-ups, squats and squat jumps, pull-ups with 35-pound weights, single leg squats with 125-pound dumbbells, and sled pushing and pulling. His trainer refrained from having him do barbell back squats or heavy deadlifts because he did not want to aggravate some of Damon’s physical injuries.

Instead, he focused on pushing him hard enough without breaking him, which sounds pretty intense, to be honest. However, it all seemed to work out nicely, and Damon looks amazing for his age (46). His trainer also had him consuming 2,000 calories per day while working out for long hours or having two workouts per day. Although the exact foods are unknown, it’s not a stretch to assume he stuck with lean protein, vegetables, fruit,  and healthy fats.