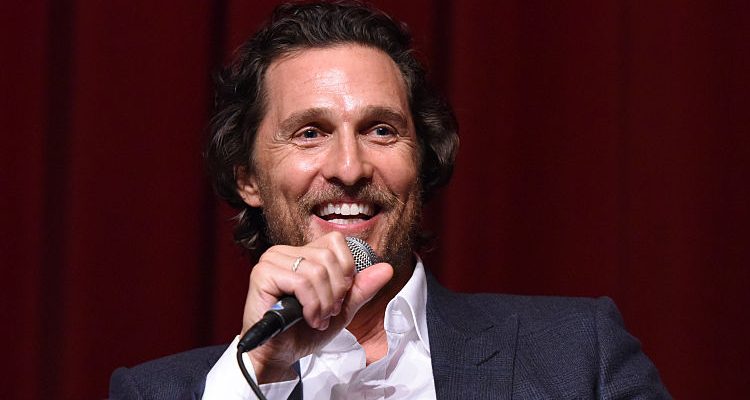 I’m not so sure I’d call getting fat “method acting,” but hey, Matthew McConaughey won an Oscar so we can throw reason aside. To get ready for his role in the upcoming Gold movie (slated for release on January 27), McConaughey threw his normal diet out the window and indulged himself with cheeseburgers, beer, and pizza for eight months. Oh, what a glorious time it must’ve been!

So when you read about people like Dwayne Johnson putting on weight to get bigger for superhero roles, you hear about how they ate a bunch of “clean foods”—fish, chicken, steak, oats, brown rice, quinoa, sweet potatoes, etc.—to get big and muscular. The goal here is to build muscle and look big and jacked. McConaughey’s body transformation was a little different: he wasn’t trying to get muscular; that weight gain was all about adding a lot of fat. His high carb diet—made up of processed foods, as he revealed on Ellen—was about consuming as many calories as possible to add body fat everywhere. If you’ve seen the previews, you might be wondering if he’s even in the movie! At his peak, McConaughey got up to 217 pounds!

This Type of Eating Does More Than Get You Fat!

So if you’re eating as many pizzas and cheeseburgers as you want, washing it all down with beer, it may taste great but you’re setting yourself up for all kinds of problems. McConaughey did this for eight months, but you can bet he didn’t regularly eat that way before and you can bet he worked hard to regain his former physique after filming wrapped. Research shows that eating high-calorie, low-nutrient food can lead to an increased risk of high blood pressure, high cholesterol, heart attack, heart disease, stroke, weight gain, metabolic syndrome, and type 2 diabetes. Alcohol can lead to weight gain, liver damage, addiction, and a host of other problems. Now I’m not saying these items—or those like them—must be avoided all the time, but you definitely want to limit intake of processed foods if you a) want to lose weight, or b) want to lower your risk of dangerous health conditions.

Sometimes you’ll hear about people who are trying to gain muscle by “bulking.” Basically, this means they are trying to eat more calories than they burn so they can have extra energy to work out and fuel muscle growth. However, using fast food, processed foods, or calorically dense, nutritionally empty foods will not help most people accomplish this goal. In fact, you have to be a genetic freak to eat this way and build quality muscle! If you’re interested in gaining muscle, incorporate the occasional “cheat meal” into your week, but for the most part focus on eating nutrient-dense items. For many, this will simply include upping the intake of healthy carbs like oats, sweet potato, quinoa, and brown rice.