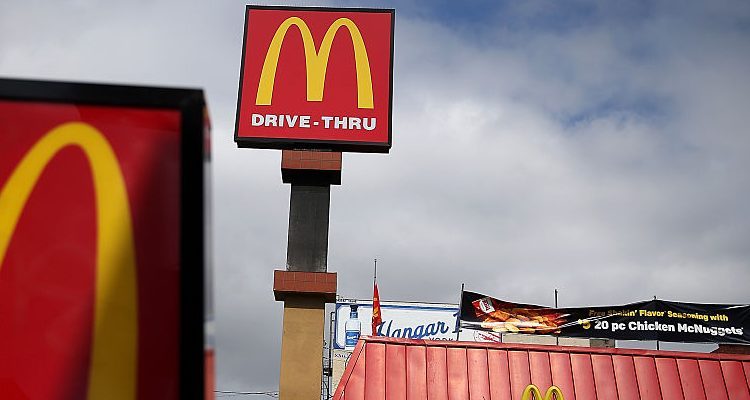 Ask most fast food junkies their favorite French fry and the majority will say Mickie D’s—and why wouldn’t they? The smell alone takes you to a heavenly place where childhood memories are held.

Many of you probably had one of your birthday parties hosted under the Golden Arches, or at least went to a friend’s birthday party there. Or maybe it was a place for you and your teenage friends to hang out after school or on a Saturday night?

Whatever the occasion, McDonald’s holds a special place in the memories of many people. But what does it hold for your health? We all heard of the “pink slime” allegations a few years back, when the company had to become more transparent of what went into their burgers and chicken nuggets. But what about the fries? Surely, aside from the oil and salt, there cannot be too much wrong with McDonald’s fries, can there?

According to the U.S. published ingredient list on McDonald’s web site, the French fries have several various additives, like TBHQ, dimethylpolysiloxane, and hydrogenated soybean oil.

To explain these unfamiliar terms, TBHQ, or tertiary butylhydroquione, is an aromatic organic compound mainly used to preserve the shelf life of products. It is found in many edible processed food such as noodles and crackers. It is deemed safe in small quantities by the United States Food and Drug Administration. The compound is also used industrially for biodiesel, varnish, and perfume.

Let’s look at one key ingredient, dimethylpolysiloxane, or PDMS. This silicone compound has recently been linked in social media to McDonald’s fries as it is also what makes up the popular child’s toy, Silly Putty. PDMS can be found in trace amounts of the fries as it is used as an anti-foaming agent in the cooking oil to prevent oil splattering.

You may have noticed hydrogenated soybean oil on the list. Soybeans are good for you, right? Not in this case, according to Dr. Joseph Mercola, an osteopathic physician and member of the American College of Nutrition. He associates this particular type of oil with risks to cancer, obesity, asthma, bone degeneration, and heart disease, just to name a few.

Now that we know what is in our favorite fries, let’s take a close look at the nutritional value of these tasty snacks. 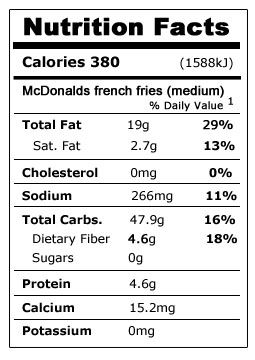 Good news! These golden fries have no cholesterol, trans fat, or sugars. However, you may want to take in consideration the unfavorable items, such as the amount of sodium and carbs that come packed in a medium-size fries.

In order to burn the 340-calories, you would have to participate in 89 minutes of walking, 39 minutes of jogging, 28 minutes of swimming, or 46 minutes of cycling.

If you still are hankering for the delicious taste of McDonald’s French fries, try the following recipe at home. While you will not get the same atmosphere experience in your kitchen, at least you will have control of what goes into your fries.

How to Make McDonald Fries at Home

You now have all of the important information you need before you reach for that next meal. Just as important as it is to know what is in our food, it is vital we understand how the ingredients work and the effects on our bodies. Next time your favorite restaurant is under fire for using an unfamiliar ingredient, be sure to check it out. Better yet, ask us!

“When You Find Out What is in McDonald French Fries, You Will be Disgusted”, David Wolfe website; https://www.davidwolfe.com/find-out-in-mcdonald-french-fries-disgusted/, last accessed January 10, 2017