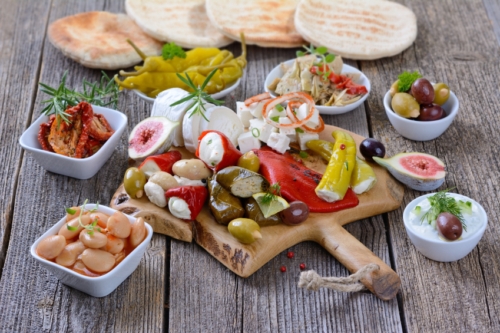 A recent study looking at the possible impact of a Mediterranean diet on heart attacks in high risk populations has shown some modest results that, although consistent with much past research, is complicated by some inherent limitations of the study and an odd choice of subject pool.

This doesn’t mean the study is useless, only that evaluating its results needs to keep a few extra caveats in mind.

The study, published in the European Heart Journal and headed by lead author Ralph Stewart, has very specific objectives: finding out if diet patterns determined by a dietary frequency questionnaire can be associated with the risk of major adverse cardiovascular events (MACE) in high-risk patients who otherwise have stable coronary artery diseases.

As mentioned previously on this site, specific is always better when dealing with research goals. If you have been a regular reader, the way this study was conducted may seem familiar.

An easier way of understanding the findings is that, for every 100 people in the 15 or higher MDS group, there were three fewer MACE events than in an equivalent number of the 12 or under MDS group.

In other words, the study found that people known to be at a high risk of heart attack, stroke, or other complications of cardiovascular disease, were slightly less likely to suffer a MACE if they had healthier diets.

While not exactly a revolutionary finding, it is one that adds to the existing body of knowledge and does show potential for assessing diet risks or benefits in high risk groups based on food surveys.

As always, it’s important to understand the limitations of a given study when trying to assess the strength of its results. Fortunately, the authors helpfully explain a few of them already:

The last point about almost all of the subjects already being on cardiovascular drugs is one of the issues inherent in trying to evaluate high risk populations. There are very distinct ethical problems with taking a group of people known to be at high risk of a heart attack, stroke, etc., and telling them to stop taking their medication. It is an annoying limitation, in a strictly evidence-based sense, but one that can’t be avoided for reasons of patient safety and medical ethics.

There is also one other possibly confounding issue that went oddly unaddressed in the study itself. As mentioned previously, the subjects were all drawn from the STABILITY drug trial, which meant that some of them would have also been taking an experimental drug meant to treat atherosclerosis (arterial plaques).

This definitely would count as a possible confounding factor and it makes the choice of subjects a little weird, if still understandable. It is not easy to assemble a large group of high-risk-but-stable people with cardiovascular disease from multiple countries.

This is why it isn’t uncommon to see observational studies piggyback on the subject pools of other researchers. Unfortunately, the study doesn’t mention whether attempts were made to correct for the subjects’ participation in the STABILITY trial. It is possible that they were all taken from the control group, but there’s no indication one way or another.

Sources:
Stewart, R., et. al., “Dietary patterns and the risk of major adverse cardiovascular events in a global study of high-risk patients with stable coronary artery disease,” European Heart Journal, 2016; http://dx.doi.org/10.1093/eurheartj/ehw125.
“A ‘Mediterranean’ diet is linked to a lower risk of heart attacks and strokes in people with heart disease, but a ‘Western’ diet is not associated with an increased risk,” European Society of Cardiology web site, April 25, 2016; https://www.escardio.org/The-ESC/Press-Office/Press-releases/Last-5-years/mediterranean-diet-linked-to-lower-risk-of-heart-attacks-and-strokes-in-people-with-heart-disease-but-western-diet-is-not, last accessed April 25, 2016.