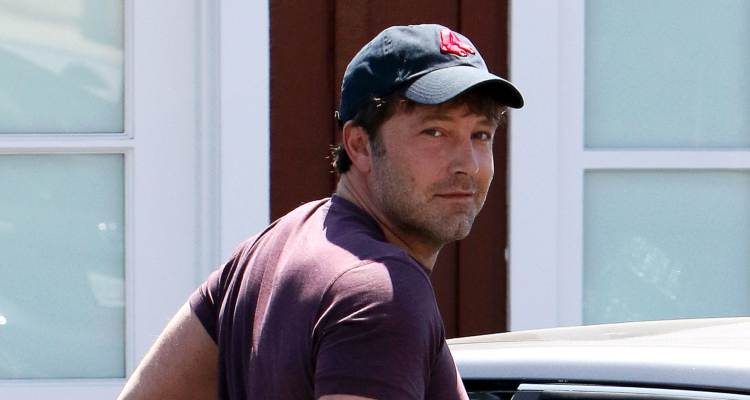 You can get the chance to have pizza and beer with your favorite stars – Matt Damon, Ben Affleck and Tom Brady – in their hometown of Boston.

New England Patriots QB Tom Brady recently posted a video of the famous trio on his Facebook page, in which they announced a chance for two lucky fans to spend a day eating pizza, drinking beer and talking football with them in Beantown.

To enter the contest, you need to purchase an entry on the fundraising site Omaze, which will  benefit the celebrities’ three favorite charities: the Eastern Congo Initiative, Water.org and the TB12 Foundation.

No doubt, these three have a certain X- factor: We bring you the trio’s fitness secrets!

Have you ever seen a skinny Batman? No, right? A Batman has to be muscular and lean and look like a thick MMA heavyweight puncher.

Building up muscles is as difficult as weight loss. It does include a combination of diet and workout. Affleck’s nutritionist Rehan Jalali says that Ben Affleck’s diet for Batman includes the right type of carbohydrates, protein, and fats. It’s comprised of 35 percent lean protein, 45 percent carbohydrates, and 20 percent essential fats.

The workouts started with a warm-up on the elliptical machine, rumble roller, plank with arm extension, and a number of stretches.

Nine years back, Matt Damn took on the action star role of CIA assassin Jason Bourne. Did he do enough justice to the role in terms of his physique? The celebrity trained immensely hard and has shared his workout for his admirers.

Damon works on training with Jason Walsh. He likes Walsh’s training methods because they are more dedicated to creating an athletic physique than getting super-buff.

“My biggest thing with Matt is making sure his foundation is solid, and that means he has mobility, flexibility, and overall strength,” Walsh told Business Insider. Walsh made Damon work on a cardio machine – VersaClimber – which works out the entire body as you pull up and down with your arms and legs in a standing position.

Walsh told Business Insider, “A lot of people don’t know what it’s like to work that hard and work that long, we had been working out for a year and a half straight! I’m really proud of him.”

NFL quarterback Tom Brady sports a strong and muscular physique. Tom Brady’s physique is a combination of the efforts of Gunnar Peterson, Alex Guerrero and Tom House. During the off-season, he works with Gunnar Peterson, who designs his workout plan. During the NFL season, he takes training from Alex Guerrero to be fit–and injury-free. Brady works with quarterback guru Tom House to perfect his throwing motion.

Brady’s workout for upper body consists of one set of 10 to 12 reps of the following exercises:

His workout for the lower body consists of one set of 10 to 12 reps of following exercises:

Brady is very disciplined about time. His workouts, vacation, sleep schedule and many other things are pre-planned. He does not waste a moment, and everything he does has some purpose.

He follows a seasonal diet and relishes seasonal foods that benefit him, such as raw food in summer and red meat in winter. His diet is comprised of 80 percent alkaline and 20 percent acidic foods. He eats veggies, tofu, sprouted grains, and almonds. He avoids alcohol consumption.