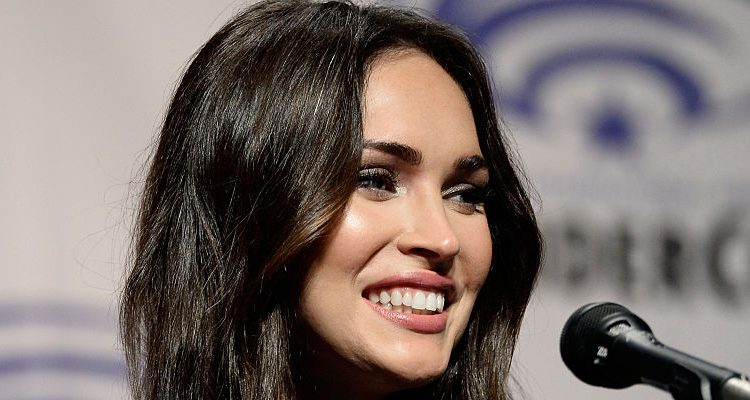 Megan Fox would make a super-hot Poison Ivy in the upcoming Gotham City Sirens movie as the actress, and mother of three, has maintained her smoking body well. The all-female super-villain movie already has on board Harley Quinn star Margot Robbie and is also expected to include Cat Woman as well.

Although the identity of the new Poison Ivy is not yet confirmed, fans can still hold hope that Fox may very well be in the running to take on the role. Fans are actually already so excited for the possibility that there is fan art circulating the internet of Fox drawn as Poison Ivy.

Fox’s post-baby body is better than ever, and she gained back her body with the help of Harley Pasternak, who not only worked with Fox after her pregnancy, but also during her pregnancy. Pasternak spoke with People magazine to discuss Fox’s healthy living routine, which includes the 5 Factor Workout, lower-body workouts, and abs workout.

Pasternak noted that Fox worked closely with Pasternak and her doctor to educate herself on safe workouts and better understand her boundaries while pregnant. Furthermore, Pasternak said that Fox was very consistent with her workouts but never overdid it.

Throughout her pregnancy, modifications had to be made to reflect the changes that occur during pregnancy; and by doing so, it actually made child-birth much easier for Fox.

Pasternak said that Fox was back into the grind of things only mere weeks after giving birth but Fox started off slow and eased back into her workout routine.

Her post-baby workout included the same exercises and practices as her pre-pregnancy one. This involved the 5 Factor workout, which involves five minutes of cardio, lower-body workouts, upper-body exercises, and abs workouts. The workout session concluded with a five-minute cool down.

Even when Fox isn’t working with Pasternak in person, she will still complete at-home DVDs by the trainer.

A popular question about getting back to a person’s pre-baby weight and figure post-baby is what is more important, diet or exercise? Pasternak suggests that it isn’t a “one or the other” type of question, and really, you need both in order to achieve your results. Pasternak said that Fox and her husband focus on their workouts as well as healthy eating. In particular, the couple loves Pasternak’s easy smoothie recipes, which they enjoy quite regularly.

We probably won’t know who landed the coveted role of Poison Ivy for a while, but if it is Fox, then you know for sure that she will look amazing in a fitted green bodysuit as she definitely has the body for it.