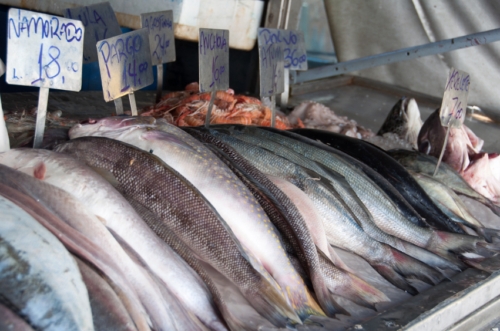 Mercury guidelines: are they accurate?

Since 2014, the FDA and EPA have had a draft update posted for its mercury guidelines on which mercury-laden species of fish pregnant and nursing women should eat as well as how much fish should be eaten for the omega-3 content.

As mercury guidelines are still in the drafting stage, the agencies are accepting public comment on how they can be improved.

The Environmental Working Group (EWG) has gone one step further, however, and has performed a study that the group claims highlights how women following the draft mercury guidelines can still get unsafe levels of mercury without meeting the recommended omega-3 intake.

Fish and seafood are ideal sources of omega-3 fatty acids, which are highly encouraged when pregnant or nursing as a way to promote the health of the baby, ease of delivery, and quality of breast milk. It is advised that pregnant or lactating women consume at least 300 milligrams (mg) of omega-3 daily (2100mg per week). In order to achieve this, the FDA advises women to eat two to three four-ounce servings of fish each week.

However, almost all seafood and fish contain mercury to varying extents, and this comes with its own health risks. The EPA considers the safe limit on mercury to be one part-per-million when measured, which translates to about .1 micrograms of mercury per kilogram of a person’s body weight. For those who weigh between 125-200 pounds, this works out to about six to nine micrograms of mercury daily being a safe amount. The balancing act, therefore, is to get enough omega-3 while keeping mercury to a minimum.

The draft guidelines advise pregnant women to have two to three servings of fish per week, or eight to 12 ounces. Women are urged to avoid four specific species due to excessively high mercury levels: swordfish, shark, tilefish, and king mackerel, and are advised to limit white (albacore) tuna to only six ounces per week. The mercury guidelines suggest leaning towards fish and seafood with lower mercury levels like salmon, shrimp, pollock, light canned tuna, tilapia, catfish, and cod.

The EWG Study on Fish and Mercury

The study acknowledges certain limitations such as the inherent issues with dietary surveys (memory, self-reporting biases, etc.). Additionally, the fact that a quarter of those who ate canned tuna didn’t know the type it was (albacore or other, for instance) adds an element of uncertainty to the calculations. It is somewhat unclear what thresholds were used to determine “high” or “low” mercury levels, but the EWG notes that 29% of the participants (73) had mercury levels exceeding 1ppm while 59% (149) had over 0.58ppm, a stricter limit that the EWG has been advocating for.

There do not appear to be any glaring methodology flaws and the controls and limitations are clearly laid out. Having said that, the study has not been subject to peer review as of this writing, so it is possible other issues may be identified down the line.

Unsafe Mercury Levels? What This All Means

The key point that the EWG is trying to make is that the current draft guidelines are not enough to help women avoid unsafe mercury levels while also getting enough omega-3, and their study appears to support this conclusion. The EWG say that this highlights the need for the draft guidelines to offer more detail and clarity to help women make better informed decisions. This breaks down into a few lesser points:

In other words, although the draft guidelines contain a chart of mercury and omega-3 levels for a variety of fish and seafood, the specific recommendations and key points it includes need to account for more high-mercury types of fish and do a better job of letting women know which kinds of fish are both low in mercury but high in omega-3.