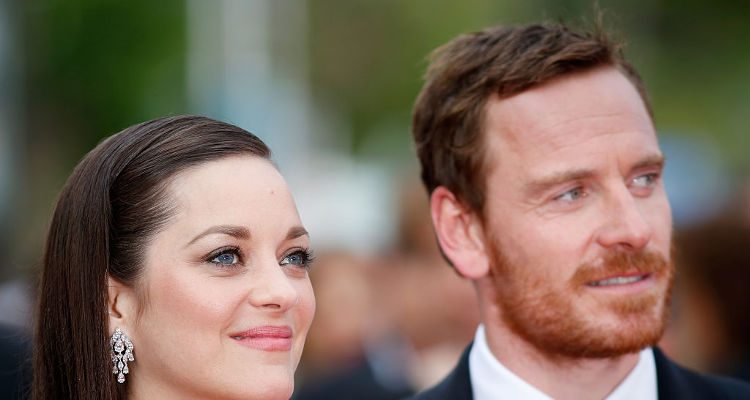 Michael Fassbender flaunts his well-toned muscles as he goes shirtless in the new Assassin’s Creed featurette. The actor recently attended the Assassin’s Creed photocall at Villamagna Hotel on December 7, 2016, in Madrid, Spain.

Fassbender took to Twitter and posted, “More from the ‘Assassin’s Creed’ photocall at Villamagna hotel on December 7, 2016 in Madrid, Spain.”

More from the 'Assassin's Creed' photocall at Villamagna hotel on December 7, 2016 in Madrid, Spain. (Photos by Eduardo Parra) pic.twitter.com/RCFdKL9VJN

In the new Assassin’s Creed featurette, Fassbender plays the role of Callum Lynch, who explores the memories of his ancestor, Aguilar, in 15th century Spain. How does Lynch explore the memories? It is through a machine called Animus, which has revolutionary technology.

Fassbender explained, “Animus is a machine that allows somebody to revisit the lives of their ancestors.” Co-star, Marion Cotillard, who plays the role of Dr. Sophia Rikkin, said “It is a genetic time-travel. The subjects enter the Animus and take the place of one of their ancestors.” Fassbender added, “It is a very fantastic concept.”

It will be exciting to watch Lynch discover his descendants through the Animus. He gains incredible knowledge and skills, and takes on the oppressive Templar organization in the present day.

Meanwhile, Fassbender’s fitness fans envy his muscular looks. How does the 39-year-old star maintain his fitness? What is his workout and diet regimen? Keep reading to find out.

The Irish-German actor’s father, Josef Fassbender, is a chef and has his own restaurant in Killarney, Ireland. His mother, Adele Fassbender, is from Northern Ireland and runs the front floor. His father is considered an artist in the kitchen, creating his specialties in French bistro food.

This culinary cuisine is probably followed by Fassbender who also likes to cook. He told ShortList, “I would say I’m relatively OK at cooking.” He added, “I’m definitely not afraid to be in the kitchen.” He says of his specialty dish, “I make a great rack of lamb.” Fassbender is passionate about food and he also gave tips on how to improve a Beef Wellington during his interview and said, “It’s all in perfecting the pastry.” He seems to be a connoisseur of good food.

So, what foods are included in his diet plan? Well, he mostly includes protein-rich foods in his diet. He starts his day with a protein smoothie and tries to include lean proteins like skinless chicken breast, red meat and turkey for lunch and dinner. He avoids carb-rich foods and tries to eat small meals every three hours. These small meals help with increasing the metabolism and assists the body in building muscle mass.

Fassbender is shirtless in his new featurette, and this requires him to stay in shape. In addition to focusing on a balanced diet, the actor likes to follow a dedicated workout regimen to fit his roles. He also likes to tweak his workout regimen to suit whatever role he will be playing.

To acquire a chiseled body, it requires a dedicated workout regimen along with a balanced diet plan. While fans anxiously wait for the new Assassin’s Creed featurette to arrive in theaters, Michael Fassbender’s fitness fans can definitely adopt to his healthy lifestyle in the meantime.