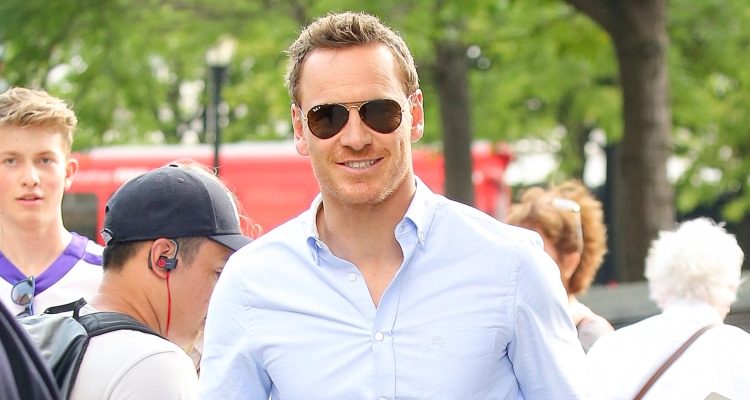 If you want to take the “Assassin’s Creed”, you’ve got to get in shape—no ifs, ands, or buts. To get ready for his latest role, Michael Fassbender— star in the upcoming Assassin’s Creed movie—had to match his character’s training style to make the movie as realistic as possible.

The movie is based on the popular video game of the same name, and the developers at Ubisoft have created an ideal prototype for the assassins. They want a height around 5’11 and a lean, but strong weight of about 175 pounds—and Fassbender fits the bill almost perfectly.

Because of his naturally lean, athletic physique and preferred workout style, the role seems tailor made for Fassbender. Men’s Health reports Fassbender typically prefers to use his body weight for training, which mimics the inspiration for the characters in the game and film.

Based on parkour athletes, the bodies should be slender, powerful and strong without being muscle bound. Upper and lower body strength, power and agility are the name of the game.

Michael Fassbender’s personal trainer, David Kingsbury says the actor is naturally lean and athletic, so we can assume he’s either got a tight diet or he has great genetics. As far as his eating goes, I’d assume he keeps his carb intake relatively high.

His body looks like it uses carbs well as a source of energy, and because his workouts are rather high-intensity and largely cardio-based, he’s going to need the fuel. People with high functional-fitness levels are usually very good at metabolizing carbohydrate.

Because assassins need to be able to jump high, scale walls and get to places where they won’t be seen, full-body strength and power is essential. Here’s a workout circuit that Fassbender used to get in shape for the role, and I’m willing to bet this is what his normal workouts look like, too.

The workout is comprised of three circuits that hit upper and lower body, as well as improving cardio and overall fitness. The first two circuits feature three movements that are to be performed back to back, with a short rest between at the end of each circuit.

Circuit 1
Complete the circuit five times with no rest between the exercises. After the last exercise in each circuit, take a 90 second break.

Barbell Lunge: 10 reps per leg
Weighted Pull-ups: 8 reps
Press ups (like a push up but you push up explosively to a lock-out position): 10 reps
*Take a 90 second break and repeat until you’ve completed 5 circuits.

Circuit 2
Complete the circuit four times with no rest between the exercises. After the last exercise in each circuit, take a 90 second break.

It’s also possible that to take on some of the requirements in the role, Fassbender did plyometric exercises like box jumps, side jumps and jump squats.

The important thing to take away from Fassbender’s weight training and diet for Assassin’s Creed isn’t specificity. Your body and goals will determine what diet works for you and how you should train.