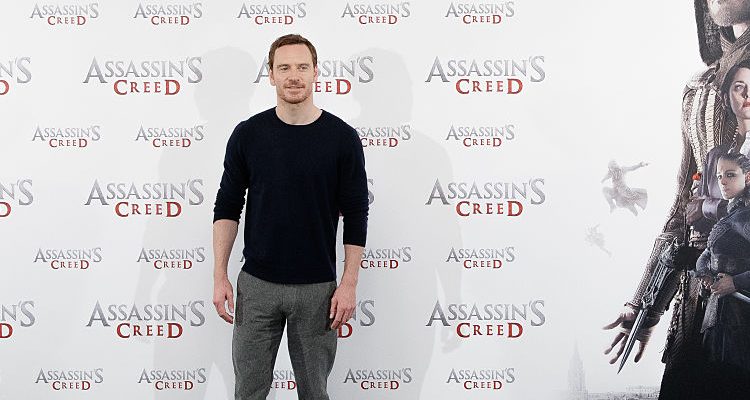 Preparing for a grueling physical role is not new to actor Michael Fassbender, but his latest workout regime for the movie Assassin’s Creed, an adaptation of the popular video game of the same name, pushed him to his limits.

Fassbender spent time shaping his naturally lean athletic body into a stronger, more defined physique than he has ever experienced. With the help of his personal trainer, David Kingsbury, and a strict diet plan, Fassbender conquered smooth martial arts moves along with fierce military obstacle course training.

Kingsbury had a relatively short time to transform Fassbender into Assassin’s Creed character Callum Lynch, a career criminal and strong defender of humankind.

“The goal was to add lean muscle quickly while developing proper strength worthy of the role,” Kingsbury was quoted as saying about Fassbender’s tailored routine in a Men’s Health article.

To help you become a powerful force in your own life, Kingsbury has shared a sample of the fitness program he uses to assist his clients, including Michael Fassbender, achieve amazing results.

In the first circuit of this workout, start with a barbell lunge and place the barbell across your back. As you step forward, lunge down with your opposite knee just above the floor. Push yourself back up and repeat five sets of 10 repetitions.

Next, wear a weighted belt as you use the pull-up machine. Have your palms face out and extend your arms. Exhale and pull your chin above the bar, squeezing your shoulder blades. Continue for five sets of eight repetitions.

No equipment is needed for the basic press-up, or push-up. Balance on your toes as you place your hands directly underneath the shoulders, keeping your body straight. Once you are about an inch from the floor, push your body up in a swift move. Do five sets of 10 repetitions with a 90-second rest period.

And on to the second circuit of the workout… For muscular arms, try single arm dumbbell rows of four sets and 12 repetitions. Using a bench, place one knee on the bench with your other leg out to the side, foot firmly planted on the floor. Place one hand on the bench while the other brings the dumbbell straight up along your side until your arm is parallel to the floor.

Move on to the dip station. As you grasp the bars, ensure your palms are facing inward and arms are straight. Keep your elbows at right angles as you lower yourself. Push up with four sets of 12 repetitions.

Work your core with an ab wheel. As you roll the wheel away from you, ensure your back is straight with your knees on the floor. Extend your arms and squeeze your abs as you return to an upright position. Continue for four sets of eight repetitions with 90-second rest periods.

Do a popular celebrity workout as you shadow box, move as if you are in a boxing ring. Do three sets of one-minute repetitions with a 60-second rest.

Kingsbury recommends stretching and foam rolling after each round of exercise.

Following a healthy, body-fueling diet was as vital in preparing Fassbender for his Assassin’s Creed role as the workout regimen was.

While getting his body in Assassin’s Creed shape, Fassbender followed a Paleo-inspired diet. What’s the Paleo Diet? It consists of eating as our cave-dwelling ancestors ate. So that meant tons of animal protein, green, leafy vegetables, legumes, and pulses for the fit actor.

So here are some examples of typical meals Michael Fassbender would have eaten while getting ripped for his challenging role as Callum Lynch in Assassin’s Creed.