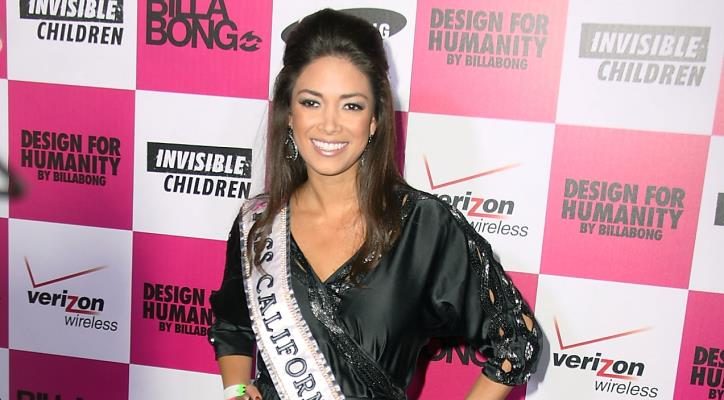 Michael Phelps and Nicole Johnson announced their engagement in February 2015. They share a two-month-old baby boy named Boomer, but did you know that Michael Phelps’ soon to be wife—a former beauty pageant winner—has a very different diet than the Olympian?

Nicole Johnson was the former Miss California in 2010, so being a beauty pageant winner is not new to her. The question is—will Nicole Johnson continue to stick to her Miss California winning diet, even if she doesn’t compete in pageants anymore? There is no doubt that both Johnson and Phelps know how to rise to the top in their respective fields, but their diets are completely different.

In a previous interview with Thousand Oaks Acorn, Nicole Johnson shared a bit about her healthy diet regimen—what she used to do to prepare for beauty pageants:

“I eat five meals a day, low sodium, low sugar… oatmeal with honey and cinnamon instead of sugar and milk, egg whites for breakfast, a few almonds or an apple for snack, and brown rice with chicken and broccoli for dinner.”

Yes, one of Nicole Johnson’s favorite things to do is exercise, especially yoga. She recently posted a photo of herself at a yoga studio on Instagram, donning black workout gear while posing in a heart-centered yoga stance and donning a big smile.

Thank you to the amazing women @barre3scottsdalepv for choosing me to be the first monthly ambassador!! Today was my 4th class since I had Boomer and it feels amazing to get my sweat on!! Thankfully there’s classes online so I’ll be able to practice while in Rio!! #barre3 #barre3anywhere #barre3scottsdalepv #imsorealready

So how does Michael Phelps’ diet differ from that of Johnson’s? His diet strategy is all about packing in the calories. Athletes must consume large amounts of calories due to their extensive and intense training workouts. They can burn thousands of calories per day, so it’s important to get the proper nutritional intake.

According to Men’s Health,

See the difference? That’s not to say that Michael Phelps and Nicole Johnson can’t find a middle ground when it comes to sharing meals together. Although Phelps is currently participating in his fifth Olympics at Rio 2016, he has said he will retire afterwards.

This may mean he will reduce the number of calories he has had to consume to prepare for competitions, making it easier to dine with his fiancé. Nicole Johnson also no longer participates in pageants, so it’s possible they can find a balanced diet that works for them both.