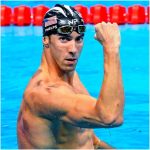 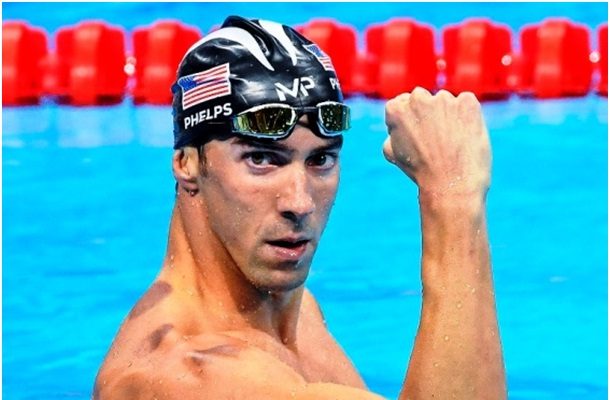 Michael Phelps and wife Nicole Johnson enjoyed a delicious seared barramundi, which he posted on Instagram. The duo look very excited about the delectable meal.

With about 28 medals and an excellent swimming record, we know that Phelps is in great physical shape. Keep reading to find out more about the swimmer’s healthy food plan and workout routine.

Prior to Eating Healthy

Phelps claimed he ate 12,000 calories per day before the Olympics in Beijing. His calorie consumption is not an exaggeration as he needs 1,000 calories per hour when racing, and so he requires such high calorie intake. The high-calorie sources included pizza, pasta, fried egg sandwiches, chocolate chip pancakes, and energy drinks.

Men’s Health reported his breakfast consisted of three fried-egg sandwiches loaded with cheese, lettuce, tomatoes, fried onions, and mayonnaise with two cups of coffee. After that he would eat one five-egg omelet, one bowl of grits, three slices of French toast topped with powdered sugar, and three chocolate chip pancakes. His lunch consisted of a pound of enriched pasta, and two large ham and cheese sandwiches slathered with mayo on white bread. For dinner, he ate a pound of pasta and whole pizza, according to The New York Post.

While experts claim eating 12,000 calories a day is impossible, Phelps too said in a Facebook video that “I don’t eat many calories a day. I just really eat what I need.” Phelps told Details magazine, “People make a big deal out of what I eat, but it’s not that crazy. I had a three-egg omelet and three pieces of French toast and coffee this morning.”

Phelps has become aware about his unhealthy calorie consumption and now eats healthy as a result. Though he still consumes a large amount of calories, he ensures the sources are high-nutrient and protein-dense foods. He tells Men’s Health, “My main goal used to be to just eat a ton of calories,” he told the magazine. “… Now I’m eating less, but I’m getting my calories from nutrient- and protein-dense foods.”

Before a swim he loads himself with carbs and after it he consumes proteins. He says he doesn’t count calories; if he feels like indulging in Reese or a bag of chips, he doesn’t stop himself.

His healthy breakfast includes a large bowl of oatmeal, a large omelet with ham and cheese, fresh fruit, and coffee.

His lunch has to be a sandwich from Subway, and dinner includes one or two plates of whole grains, lean meats, and fresh vegetables.

Michael Phelps trains six days a week for five hours each day. He has an intense training routine which has sped up his metabolism and so he doesn’t bulk up easily. His diet also makes it easy to recover and repair the muscles, post workout. His training routine includes speed and endurance training, as well as weightlifting. He performs dumbbell presses, dumbbell front raises, and dumbbell lateral shoulder raises. He also trains even harder for many of his swimming events.