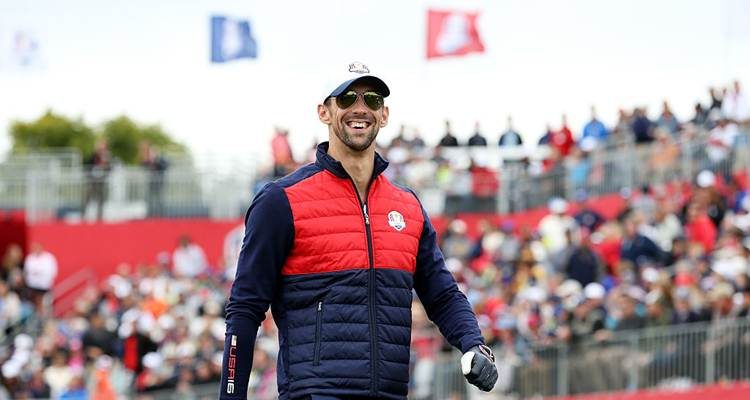 Swimming legend Michael Phelps, 31, and Nicole Johnson, 31, had a secret wedding ceremony in Paradise Valley, Arizona, on June 13. What attracted the Olympian swimmer to the former beauty queen? Well, Phelps was likely impressed by Johnson’s fitness and beauty secrets.

TMZ first broke the news after gaining access to the couple’s marriage license. The ceremony was officiated by Phelps’ agent and close friend, Peter Carlisle.

Several people have noted that the couple may have hinted about their marriage in an Instagram post by Johnson on June 13. The photo featured the couple with son Boomer, and the caption, “Such a memorable night with my lil fambam. [sic]”

Such a memorable night with my lil fambam ?? boomer obviously didn't want to hold still?

Phelps and Johnson’s son, Boomer Robert Phelps, was born May 5, 2016. Phelps has also hinted that the couple may be expecting baby number two very soon. During the 2016 Rio Olympics in August, Phelps said that the couple had set a date for the wedding and noted that it would be later in the year. However, at that time the couple had already been married for a couple of months.

Michael Phelps has been described as a solitary man with rigid focus, but not everything in the lives of Phelps and Johnson are kept secret.

The couple had met at the 2007 ESPYs in Los Angeles, and got engaged in February 2015. Phelps and Johnson are both in great shape and share healthy lifestyles; however, the couple also have very different diets and exercise regimens. After all, sometimes opposites attract, too.

In 2010, Nicole Johnson was the former Miss California USA. Needless to say, fitness and beauty are important to Johnson, and it all starts with her diet.

In preparation for beauty pageants, Nicole Johnson follows a very healthy diet. Her meal plan includes five meals a day that are low sugar and low sodium. For breakfast Johnson consumes oatmeal with cinnamon and honey instead of milk, sugar, and egg whites. She also eats an apple or almonds for snacks, and broccoli, brown rice, and chicken for dinner. Nicole Johnson’s fitness and beauty regimen also includes regular exercise, especially yoga.

Michael Phelps holds the all-time record for Olympic gold medals with 23, and Olympic meals in individual events at 16. At the most recent 2016 Summer Olympics in Rio de Janeiro, Phelps won five gold medals and one silver medal. Phelps’ swimming success can be attributed to his long and thin torso with his arms spanning six feet and seven inches.

That being said, Phelps may not have the same diet plan now that he has retired from competitive swimming. Hopefully, now that Phelps and Johnson are married they can find some middle ground at mealtime. Johnson also no longer participates in beauty pageants. This means that couple may be able to find a healthy diet that works for both of them.