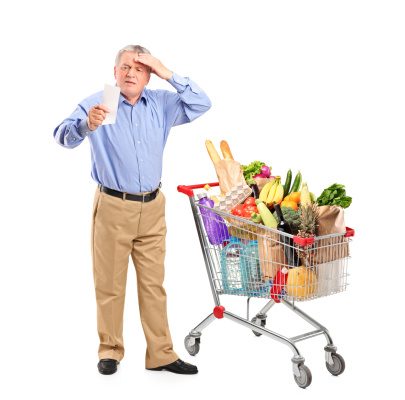 A bizarre and troubling crime spree has been unfolding in Michigan as a man went to several grocery stores in multiple towns and sprayed poison over open foods. The man, who was arrested Wednesday evening, has confessed to spraying a homebrewed combination of water, hand sanitizer, and mice poison on produce and other open items such as salad bars or olive bars. No motive has been identified.

The FBI has been investigating and so far believes the following stores have possibly been affected:

So far, no one appears to have been sickened by the sprayings and at this stage of the investigation the risk to the public is considered to be low. As a precautionary measure, Michigan residents are encouraged to dispose of any open food they have purchased from the above stores between the middle of March and the end of April. “Open food” refers to any open-air products such as produce, ready-to-eat hot or cold foods, salad bars, or olive bars.

Anyone with further questions or concerns is advised to speak with their doctor or to call Michigan Poison Control at 1-800-222-1222.

Deliberate Contamination Rare, But Not Unheard Of

Although they come up with modest regularity in fiction, deliberate tampering or poisoning of products is rare in real life. Most cases are isolated and much more targeted than the incidents in Michigan. For instance, in 2004 a man from Toronto, Canada, injected ricin into water bottles that he delivered to a modeling agency as revenge for failing to find him the work he wanted. There have also been various incidents where food or water was deliberately drugged in order to try and poison specific people, usually family members.

Perhaps the most infamous case of deliberate food poisoning in the U.S. was in 1984 when followers of Indian mystic Bhagwan Shree Rajneesh spiked salad bars in The Dalles, Oregon, and surrounding region as part of a convoluted plan to steal a local election. No one died during the incident but 751 fell ill and 45 became sick enough to be sent to the hospital.