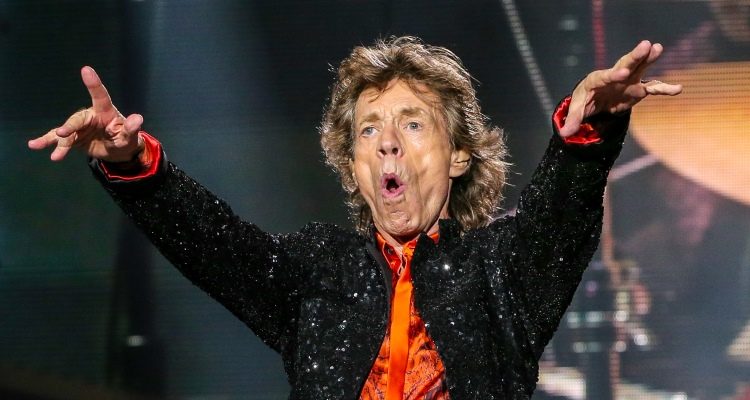 The Rolling Stones’ front man Mick Jagger is dancing himself into fatherhood for the eighth time, as a new baby is expected early next year. The next Mick Jagger baby is with his 29-year-old girlfriend Melanie Hamrick, and it’s likely he can thank his healthy diet for his ability to keep up with a woman 43 years younger than him.

The 72-year-old rocker’s foray back into fatherhood may seem like a surprise, but it’s not impossible for men of his age to serve up the right ingredient for a pregnancy. Semen production doesn’t completely shut down with age and men can produce sperm right up until they die, however volume and mobility tends to decrease steadily after age 20. A good diet, however, can fight back against nature to slow down these effects.

Research indicates that men who have a healthy diet high in antioxidants such as vitamins C and E, zinc, and folate tend to experience substantially less damage to their sperm than men who don’t eat a nutrient-dense diet.

Heading up a high-energy rock group like The Rolling Stones requires a good diet, which Mick Jagger apparently adopted in the ’90s when he started cutting back on drugs and alcohol. And considering the band is still touring—Jagger is known for his high-energy performances—the demands of fatherhood should not be much of a challenge and his healthy diet should remain in place.

Mick Jagger definitely has stamina; after all, he’s been singing and dancing onstage all over the world for 50 years. To do that at his age, he needs to be eating the right things. Jagger’s diet plan looks something like an endurance athlete’s: it’s high in nutrient-dense fruit, vegetables, healthy fats, and complex carbohydrates. Items such as fruit and vegetable smoothies, sweet potatoes, brown rice, beans, chicken, fish, and avocado are prominently featured, and he eats a plate of pasta four hours before every concert to make sure his muscles are energized for the performance.

Because of his diet he might not need to supplement, but he does anyway which is a wise decision for a person his age. Older folks tend to absorb fewer nutrients as they age, so Jagger takes vitamins A to E and cod liver oil, too.

Mick Jagger’s baby is likely the result of his diet plan that helped maintain both his male fertility and his energy to front The Rolling Stones for all these years. Now it looks like he has time for one more tour before fatherhood!