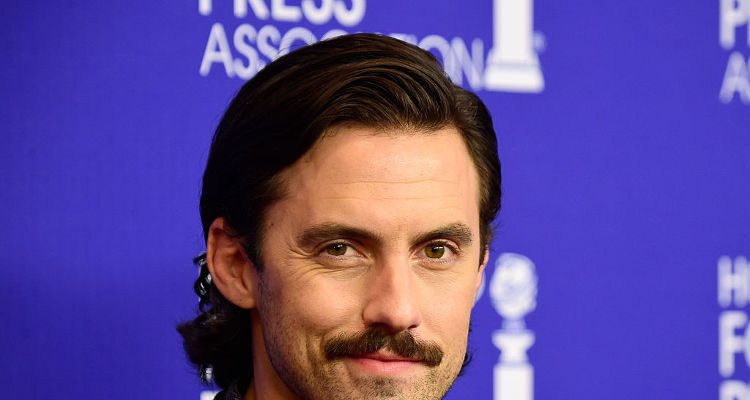 After Randall, it’s Ellen DeGeneres turn! Milo Ventimiglia has found a new push-up partner to recreate his This Is Us scene. If you are wondering what are we talking about let us, we will tell you. Some days back Ventimiglia shared a video doing push-ups with Randall (Lonnie Chavis) on his back. So on Tuesday’s episode of The Ellen DeGeneres Show, he made DeGeneres slide on his back while he did push-ups. The talk show host then tried to imitate the 155-pound star but lifting him was a strenuous task, although she tried to!

Ventimiglia confesses that a long while back, he was very skinny and didn’t have much man weight on him although he lived a healthy lifestyle. He was into playing a lot of sports and eating healthy. He was concerned about sporting muscles and altered his lifestyle to look chiseled. He currently weighs about 155 pounds.

His fans are surely curious about his fitness and diet secrets.

“I’ve been working with Milo for roughly eight years now,” his trainer Jason Walsh tells People. He continued, “We meet anywhere between three to five times a week, depending on how busy he is.” Ventimiglia has always been in great shape as he works out regularly, so he didn’t need to drastically alter his workouts for the nude scene. “We really didn’t change much, we just kept doing our normal routine,” said Walsh.

He further tells that Ventimiglia is very dedicated and consistent in working out, so preparing for a particular scene is not difficult for him. He heads to the gym three to four times a week and works with his self-designed lifting routine. When he is unable to hit the gym due to his busy schedule, he takes his dumbbells to the trailers of the show he is working on. He either wakes up early for working out or he goes in late but tries never to miss workouts.

His workout includes a number of strength building exercises. To tone his butt he does single leg squats, barbell deadlifts, heavy sled pulls and pushes, and front squats. His cardio exercises include running or jumping rope which help him burn a lot of calories. Other activities he loves doing which also help him stay fit include surfing, skateboarding, and snowboarding.

He tells Men’s Fitness that he does his own stunts. He said, “I’ve got to keep myself strong and flexible and in the right state of body to do a lot of those things.”

Ventimiglia sticks to a vegetarian diet that cuts out fish, eggs, and all lean meats. He has been a vegetarian all his life, so no wonder he was honored PETAs Sexiest Vegetarian in 2009. He focuses on his eating habits and prefers to eat a balanced diet. “You can be a vegetarian and still eat pizza every day,” he says. “For the first time, I started to really pay attention to what I was putting into my body.”

He has quit smoking and drinking too. He gave up alcohol when he was 22 years-old as he felt it was getting in the way of his career.

We never knew building muscle was so easy. Isn’t it worth a try?