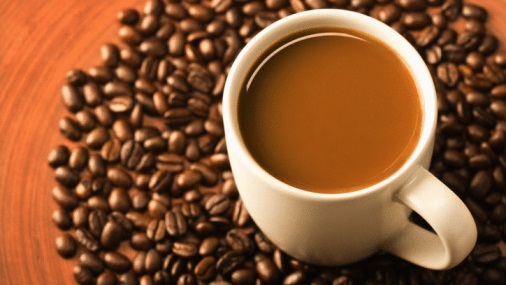 Most people drink a cup of coffee first thing in the morning. The tantalizing aroma and the strong, robust taste of coffee are just uplifting. Coffee is not just a beverage to some; it is a cup of hope and reassurance which could be highly addictive. Most of us are so hooked on coffee and its kick, that often we look for the most caffeinated coffee drinks. And currently, Black Insomnia coffee holds the title.

It is said the stronger the coffee is, the more mental clarity and focus it provides. Therefore, when it comes to an important day that demands our utmost attention, we need our coffee fix—and darker the hue, the better.

The FDA recommends no more than 400 milligrams of caffeine per day, which is four to five cups of a regular blend of coffee. Until a few years ago, that number was just 300 milligrams per day, so take a note. Nevertheless, coffee is still a widely popular stimulant.

Here are the top 10 most caffeinated coffee drinks.

With a whopping 58.5 milligrams of caffeine per fluid ounce, Black Insomnia is the world’s most caffeinated coffee today. Sean Krista from Cape Town, the coffee capital of the world, created this deadly concoction.

Now second to Black Insomnia, Death Wish Coffee, the former world’s strongest coffee, has 54.2 milligrams of caffeine per fluid ounce. This sought-after coffee brand uses robusta beans to get a dark-roasted brew, instead of the widely-used arabica.

Starbucks is the world’s largest and trendiest coffeehouse company. This coffeehouse is popular for their vast number of coffee varieties and large sizes. Starbucks’ espresso is quite strong with 50 milligrams of caffeine per fluid ounce.

Originally known as Beaner’s, Biggby is a franchise based in Michigan and is one of America’s most rapidly growing coffee chains. Their two-fluid-ounce shot of espresso contains 50 milligrams of caffeine per shot. The coffees at Biggby do not contain sugar.

Based in San Francisco, Peet’s Coffee & Tea is quite famous for its gourmet coffee. They were one of the first to introduce dark-roasted arabica coffee, such as French roast. Their espresso contains 46.7 milligrams of caffeine per fluid ounce.

Nespresso coffee capsules are up to three times more expensive than your average loose ground coffee. Each pod contains 44.4 milligrams of caffeine per fluid ounce. There are 25 different “Grand Cru” arabica an robusta capsules available, and two Limited Edition Grand Crus are released every year.

Shock Coffee Triple Latte is a ready-to-drink iced coffee beverage with 231 milligrams of caffeine for an eight-fluid-ounce can. Their products are one of the best-tasting packaged drinks on the market. Their drinks are created and advertised as “energy blends.”

Chameleon Cold-Brew Coffee is a highly-concentrated caffeine cold coffee drink with 270 milligrams of caffeine per serving. Their coffee drinks must be diluted with water as they have more caffeine content ounce-per-ounce than traditional hot-brewed coffee.

Nescafé is an instant coffee brand by Nestlé. Their Ice Java is a syrup that requires the addition of milk. You can either make a nice cold beverage of your choice or use it as an ice cream topping.

There is a reason why we find a cup of cappuccino or an espresso so appealing. You see, coffee acts as a central nervous system stimulant. It can fight drowsiness because caffeine acts as an adenosine receptor antagonist.

Adenosine is an important sleep-regulating hormone which facilitates sleep by binding to its receptors and slowing down neural activity.

Side Effects of Consuming Too Much Caffeine

Aside from its ability to perk us up, coffee, or rather the caffeine is not healthy. Caffeine causes acidity and may trigger heartburn or acid reflex. It can also increase blood pressure levels, leading to irregular heartbeats and hyperventilation.

Also, caffeine may also interfere with calcium absorption and metabolism. Pregnant women should refrain from caffeine, as too much caffeine can also cause slowed fetal growth and increase the risk of miscarriage.

Barclay, C., “The 10 Strongest Coffee Products In The World,” The Richest, May 2, 2015; http://www.therichest.com/rich-list/most-shocking/the-10-strongest-coffee-products-in-the-world/, last accessed April 4, 2017.

Piertrangelo, A., “THE EFFECTS OF CAFFEINE ON THE BODY,” Healthline, October 22, 2014; http://www.healthline.com/health/caffeine-effects-on-body, last accessed April 4, 2017.