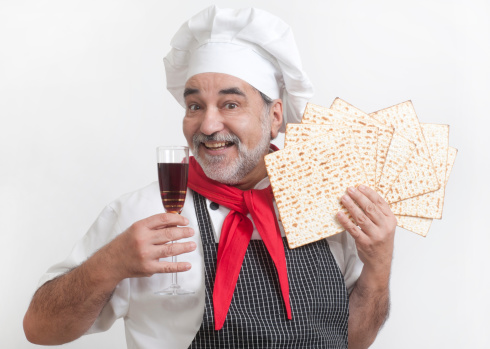 You might have heard of something called “the kosher diet.” It’s not the latest diet fad—in fact, it’s a lifestyle chosen by Orthodox Jews, who voluntarily adhere to certain dietary laws. These laws include the following:

• Not eating any pork or shellfish

• Only eating certain kinds of meat and poultry (for example, beef is OK, but horse is not)

Those are just a few of the dietary restrictions in the kosher diet. Strict Orthodox Jews will also not eat anything that isn’t certified kosher, which means that everything, from cookies and chips to meat and tuna, must have a kosher symbol on the food package to indicate it adheres to the kosher standards.

Here’s the surprising part: the sales keep on climbing, yet only 20% of people buying kosher food are Jewish. In fact, kosher food sales in the U.S. reached $12.5 billion in 2008 alone, an increase of 64% in five years. That’s because, in the past two decades, kosher food has gained prominence among the average American consumer. According to a report by Mintel, a market research firm, 62% of people who said they purchase kosher foods do so because they believe it is better quality, and 51% of people said they do so because of “general healthfulness.”

“Kosher” is the most popular claim on food products, more so than “natural,” “organic,” and “no preservatives,” according to the report.

For vegans and vegetarians, they can eat kosher food products and not worry about hidden meat or poultry ingredients (kosher products are labeled dairy, meat, or pareve—neither dairy nor meat). People who are lactose intolerant might also look for a kosher label to find out if the product contains any milk ingredients, because even a minute amount is reported on the kosher label. Same goes for people with a shellfish allergy; you can trust these products to have no shellfish.

So, while kosher food has been gaining more credibility, we have to ask: is there any truth to the claim that it is healthier?

Many consumers believe that kosher food is healthier, because it’s watched and screened more carefully than other foods. They’re probably correct; based on a Wall Street Journal interview with Joe Regenstein, a professor of food science at Cornell University.

Regenstein, it is forbidden by kosher dietary laws to eat any bugs, so all vegetables and fruits are carefully washed and checked thoroughly for any insects. Lettuce and cabbage are screened in particular.

Also, in order to get your company kosher certified, you have to agree to random screenings by a representative from the kosher authority, and adhere to strict rules, such as making sure all meat products are separated from all dairy products.

You also have to accept the fact that your facility will be watched carefully. That means that kosher food production companies will usually be more on top of things and keep an extra eye on everything going on to make sure they adhere to these rules.

Since kosher dietary standards also have strict rules on which animals can be eaten and how they must be killed, some people say kosher facilities are less likely to have a bacterial outbreak. That’s true, as well: prior to being killed, animals must be checked thoroughly by an authority, and they will not be used if they have any signs of disease or wounds. All kosher meat is also thoroughly salted prior to being sold, which also reduces the chance of bacteria thriving and ending up on your plate.

All in all, there’s nothing to suggest that kosher food is healthier from a nutrition standpoint than non-kosher foods. You can find just as much sodium and sugar in products that are kosher as in ones that are not.

Plus, kosher items are usually more expensive (somebody has to pay for all that checking). However, it’s definitely something to consider if you have food allergies or intolerance’s, as the labelling process can help you know exactly what’s in your food. But if you’re looking for a quick way to still eat what you love and miraculously be healthier, the kosher diet probably isn’t it.