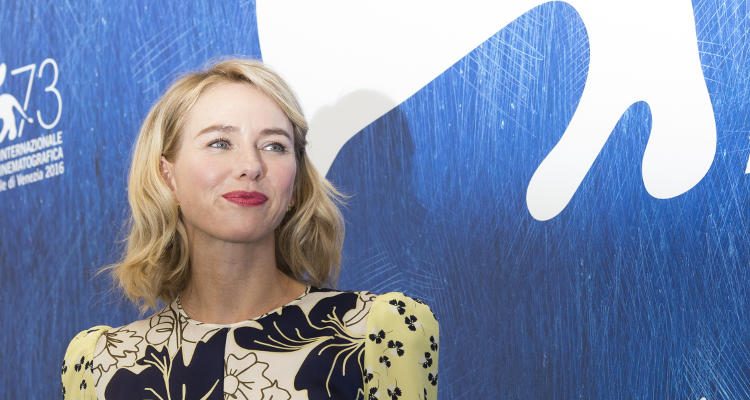 Even though Naomi Watts and Liev Schreiber have split, the actress evidently had a great holiday with some amazingly well prepared and tasty Thanksgiving food that was catered nonetheless—as busy stars do it seems.

The mom of two, and one of Nicole Kidman’s closest friends, posted a couple of pictures to Instagram over the holidays, sharing a peak into her life with her kids over the holiday.

In one picture, she is on the beach with her boys and captioned it, “Thankful and grateful ❤❤” In the other, she is standing next to the chef who made her holiday meal possible. “Happy thanksgiving!! Thanks to this guy?@littlegemnyc #calltheexperts #knowyourlimits #thanksgiving”

Watts, 48, is trying to figure out how her family will celebrate the next holiday, Christmas. It’s more difficult when parents split and have to share the children and visits. In an interview with ABC News, she said, “I obviously want to get back to Australia, but I’m currently working on a TV show, ‘Gypsy,’ and I’ve only got a limited amount of time off.”

Naomi Watts has always kept a slim and lean frame, and has never been overweight. The actress prefers to keep her meals in a precise ratio that breaks down to look like this: 40% carbohydrates, 30% fats, and 30% proteins. This is the basic foundation for the Sears diet, developed by Barry Sears, who also created the Zone diet.

The idea behind how the diet is developed is to ensure production of insulin in the body is kept at a continuous level. Each meal and snack that Watts consumes includes a mono-unsaturated fat, a protein, and carb, the perfect trio when looking to optimize blood sugar levels and control weight.

The actress eats a lot of fresh vegetables, fruits, nuts, and protein, and drinks at least eight glasses of water a day. She does not eat processed foods or any foods with a lot of salt.

The actress has gone on record saying she loves carbs, and says that if someone told her she had to cut them out she would not be very happy about it. She also admits to having a sweet tooth, but everything is in moderation for her.

Watts goes to the gym at least four times a week, on top of the work she does with her trainer and Pilates classes. She works with her personal trainer, Daniel Loigerot, as well as a Pilates instructor. Pilates focuses on core muscles to help create good posture, long lean muscles, and a strong core. Many beautiful bodies have been built on the foundations of this exercise alone—it can have that much positive effect on the body.

She does weight training and cardio exercises when at the gym, as well as core strengthening circuits. Watts hired a personal trainer to help her lose weight after having her children, and has been working with him since. On her own, she loves to go running and swimming when she can.