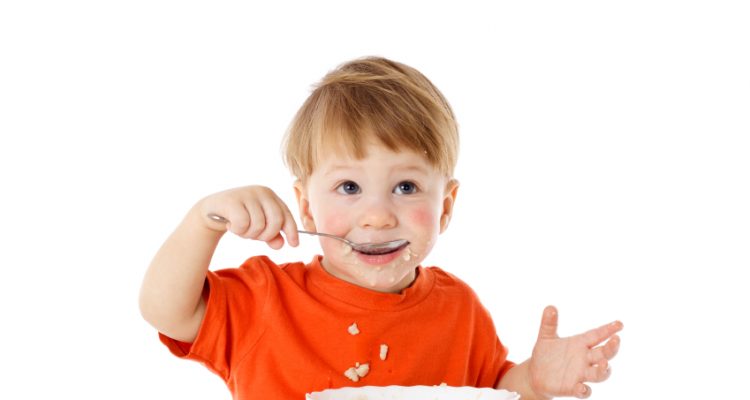 Monday March 7th  is National Cereal Day—a time to celebrate and reflect on the American breakfast staple and its long, illustrious history within the country. Ever since Dr. James Caleb Jackson’s ill-fated creation of “Granula” in 1863—an unpalatable dish of dense bran nuggets—cereal has been a growing part of the American lifestyle. As we look back over the 153-year history of cereal, there are quite a number of amusing facts, interesting tidbits, champion meals, and yes—even failures, to observe on National Cereal Day.

National Cereal Day: Did You Know…?

1. Thurl Ravenscroft, the man who voiced Tony the Tiger, is also the man who sung “You’re a Mean One, Mr. Grinch” in How the Grinch Stole Christmas. He was accidentally omitted from the credits, which prompted producers Chuck Jones and Dr. Seuss to take out a full page ad in Variety to make sure he got acknowledged.

2. You may have noticed that cereal in milk tends to hover around the edge of a bowl or otherwise pool together in the middle. This phenomenon, dubbed the “Cheerio Effect”, is true of all floating objects and is due to how they disrupt the surface tension of the liquid.

3. Cap’n Crunch is actually a lieutenant commander in the Navy —his uniform sports only three stripes. His full name is also Horatio Magellan Crunch and he was born on Crunch Island in the Sea of Milk.

4. Cap’n Crunch “Crunch Berries” cereal, along with “Fruit Loops”, have been the subject of several lawsuits over the years filed by people who claimed they were deceived into believing the products contained actual berries and fruit respectively. For obvious reasons, these plaintiffs were not successful.

5. Quaker Oats, as part of its 1950’s sponsorship of the CBS show Sergeant Preston of the Yukon, actually gave away deeds to one-square-inch parcels of land in the Yukon in its cereal boxes. The company ran through 21 million deeds in a matter of weeks, although the land in question reverted back to the Canadian government in 1965.

6. The marshmallows in “Lucky Charms” are officially called “marbits”

7. The world’s largest bowl of cereal was made by Kellogg’s South Africa, in Johannesburg, on July 2, 2007. The bowl of “corn flakes” weighed 2,204 pounds, (10 ounces) and measured eight-feet, six inches across. The bowl itself weighed 562 pounds (one ounce).

8. When General Mills released “Count Chocula” in 1971, it was actually one of several of the company’s monster-themed cereals. Another was “Frankenberry”, starring Franken Berry and his strawberry flavor. Although profitable, the cereal ended up as a PR embarrassment. The dye used to make everything bright pink, while harmless, wasn’t digestible, and resulted in a wave of panicked parents rushing children to the emergency room after seeing pink stool in the toilet.

9. There are hundreds upon hundreds of failed promotional cereals as companies attempt to reach out to children. Among the more notable are “Urkel-Os”, “KISS Krunch” (yes, the band), “Bill & Ted’s Excellent Cereal”, “Mr. T” cereal, and even “C-3P0’s” cereal.

10. Kellogg’s once attempted to make portable, pre-packaged cereal boxes for on-the-go eating. These breakfast mates came with a small four-ounce box of cereal, a plastic spoon, and, most importantly, a small sealed package of milk. Although sanitary, the idea of eating cereal with warm milk—let alone milk that hadn’t been refrigerated—didn’t appeal to consumers despite a $30 million ad campaign.

11. One of the (spacier?) cereal ideas also came from Kellogg’s: “OJ’s” cereal was a cereal with artificial orange flavoring that was pitched to kids by a cowboy who spent his days rustling up wild oranges like a cattle herder. Setting aside the imagery, no one at Kellogg’s apparently considered how a cereal meant to evoke orange juice was categorically unsuited to be eaten in a bowl of milk. The tastes did not mix well, to say the least.

In honor of National Cereal Day, check out whether or not cereal can boost your sex drive.