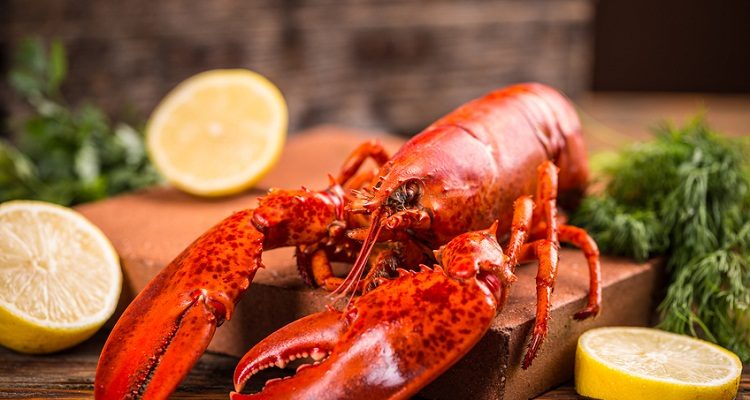 National Lobster Day is Sept. 25, 2016, and what better way to celebrate Lobster Day 2016 is there than with a lobster recipe from Hell’s Kitchen judge Gordon Ramsay!

The Maine Lobster industry is celebrating this event for a second year to show the positive economic and cultural impact that lobster has in Maine and across the United States.

U.S. Senators Angus King and Susan Collins released a joint statement to mark the event, which stated, “The lobster industry is not only an iconic part of Maine’s image, but it’s also a significant engine in our local economy that supports families up and down our coast. By designating September 25 as National Lobster Day, the Senate has once again recognized lobster’s tremendous value for our communities while honoring the hardworking people in the industry.

The thousands of Mainers who haul lobster from our shores, process it and distribute it ensure that this delicious Maine product can be enjoyed across the country and around the world. Lobster is a livelihood and a way of life for many Maine people, and we will always work to make sure this proud industry can continue its positive impact for generations to come.”

To start this dish, you will need two lobsters that you can purchase at your local grocery store. The lobster should be cut in half and the pincers shelled.

To make the chili garlic butter, you will need to cut a large chili pepper and add three cloves of garlic, a pinch of salt, one tablespoon of dried parsley and grind them in a mortar. Add 40 grams of unsalted butter to your mix and spread the butter onto the lobster. Leave it in the refrigerator for four hours so that the butter can really get into the lobster.

The Bloody Mary sauce is made by chopping up one large red onion and frying it with two tablespoons of oil and two chopped cloves of garlic. Allow it to fry until the onion is translucent and browning.

Add one tablespoon of sugar and a teaspoon of Worcestershire sauce, along with one can of cut tomatoes, and allow the sauce to reduce to about one cup.

Add a thin coating of olive oil to a nonstick pan and bring the oil to a smoking point. Place the lobster halves in the pan, butter side on the oil. Grill for 30 seconds.

Add three tablespoons of brandy and allow the lobster to flame and don’t forget to turn on your hood fan for this part – it can get quite smoky.

Prepare the linguine to your liking (i.e. Al dente) and once ready, you can mix it with the sauce you made earlier and serve.

There you have it, a fairly easy lobster recipe with a side of linguine in celebration of lobster day 2016!

There are so many different ways to make lobster; the trick is to find a recipe that suits your style. If you’re stumped, you may want to check out National Lobster Day in Maine for some seafood inspiration.