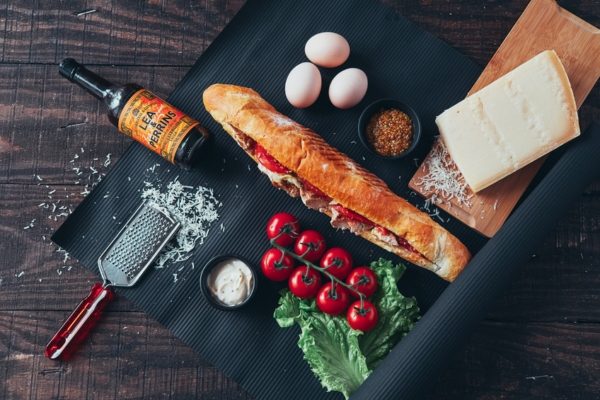 National Sandwich Day is November 3. If you didn’t know there was such a day, then prepare yourself and plan on going out for sandwiches. New York City is known for its amazing food, and sandwiches are probably some of the best fare the city has to offer. We aren’t talking your run-of-the-mill sandwich either. These are delectable creations that will blow you away with their creativity, combinations, and bursts of flavor. So if you want to find some of the best sandwiches in NYC, we’ve got you covered.

New York City is famously known as the city that never sleeps, and if you want something to eat at 2:00 a.m., you will find more than a handful of places open and eager to ease your hunger. Sandwiches are a popular food item. Who doesn’t love a good sandwich? In NYC, you’re bound to find a sandwich to suit your tastes. Here are some of the craziest, best, and most delicious sandwiches that the amazing city has to offer.

Some of the Best Sandwiches in NYC

Broccoli Sandwich at No. 7 Sub

This sandwich has broccoli as its main filling. Really. The broccoli is lightly roasted and is topped with lychee muchim, feta, fried shallots, and mayo. Instead of a sub bun, it can be done up as a warm grain salad bowl.

Imagine a burger without a bun; instead, there are two“patties” of ramen noodle. This is the nature of the ramen burger found at Go Ramen Go Life. Behold the ramen bun, an unusual take on both buns and burgers, but it seems to work because people absolutely love this fusion of eat meeting west.

This place has been a favorite of New Yorkers since 1900. The restaurant is known for their top quality cuts of beef, especially the pastrami. A customer favorite is the juicy pastrami on rye. At 20 bucks a pop, this sandwich must be spectacular, and probably large enough to feed two, so grab a date and head out to the Lower East Side.

Fried chicken and waffle sandwiches are an actual thing, but now imagine ice cream added ti the mix. If you can imagine these flavors meshing and want to try it, head on down to a Coolhaus Ice Cream Truck and ask for it by name. Follow Coolhaus on Twitter to see where the truck stops next so you can get a taste of this creation.

Found in Brooklyn, this restaurant is best known for its cheesecake, but has over the years created a name for itself in the food department, particularly with their sandwiches. One of their more interesting creations is a beef brisket that is put between two potato pancakes (latkes).

Get creative and make your own special sandwich. Perhaps after eating some of the above sandwiches, inspiration will hit and a new sandwich creation will come to you. Sandwiches are very versatile and that is why they are one of the most popular food items in North America. They travel well and most people are happy to dive into a sandwich.